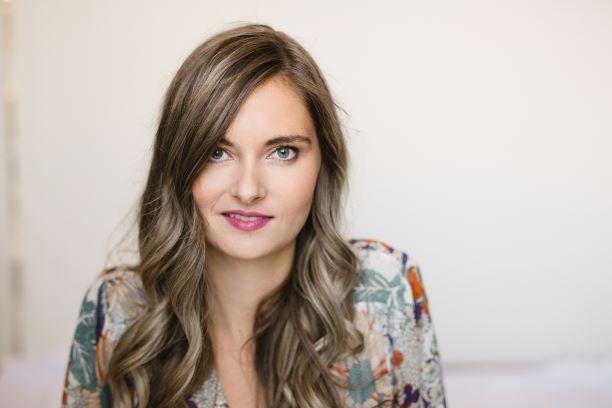 Holly Kroeker is an operatic vocal coach, collaborative pianist, and sought-after répétiteur based in Montreal. She aims to foster curiosity, encourage open communication, and empower her collaborators.

Her honest joy for performing, especially within the operatic canon, has driven her to take on challenging projects with bravery and composure, such as workshopping Prestini/Vavrek’s Silent Light (Banff Centre for Arts and Creativity) and Tanguay-Labrosse/Kemeid’s Le Flambeau de la nuit (Ballet Opéra Pantomime and I Musici). She was the assistant rehearsal pianist for Eugene Onegin and Lucia di Lammermoor (Opéra de Montréal).

In 2018–2019, she was the pianist in the chamber orchestra for Britten’s The Turn of the Screw (Orchestre de l’Agora) and played continuo for a production of Rossini’s La scala di seta (Orchestre Symphonique de la Vallée-du-Haut-Saint-Laurent).

Holly Kroeker’s ability to quickly establish trust and her passion for the mechanics of singing make her an invaluable asset to leading musical institutions throughout Canada. She is currently in her third year at the Atelier lyrique de l’Opéra de Montréal. Over the past two summers, Holly participated as an intern pianist/coach in the Opera in the 21st Century Program at the Banff Centre for Arts and Creativity. Previously, she was a member of the Yulanda M. Faris Young Artist Program at Vancouver Opera, where she served as assistant pianist for L’elisir d’amore and Eugene Onegin (Vancouver Opera), as well as principal pianist for Requiem for a Lost Girl (Vancouver Opera/Kettle Society). She has also been a participant at the Hawaii Performing Arts Festival (Suor Angelica), Opera NUOVA (I Capuleti e i Montecchi, Parade), Centre for Opera Studies in Italy (Cosí fan tutte), and the Canadian Operatic Arts Academy.

Holly completed her Master of Music degree in Collaborative Piano at the University of Toronto under the supervision of Steven Philcox. In Toronto, she worked as a ballet company pianist for Ballet Jorgen, as well as the In Studio Classes at the National Ballet of Canada. She grew up in Grande Prairie, Alberta, where she was active in the music and dance community. She completed her Bachelor of Music degree in Piano Performance at the University of Alberta with Dr. Patricia Tao. While in Edmonton, she was an active accompanist for the Edmonton School of Ballet, Vimy Ridge Academy, and Edmonton City Ballet.