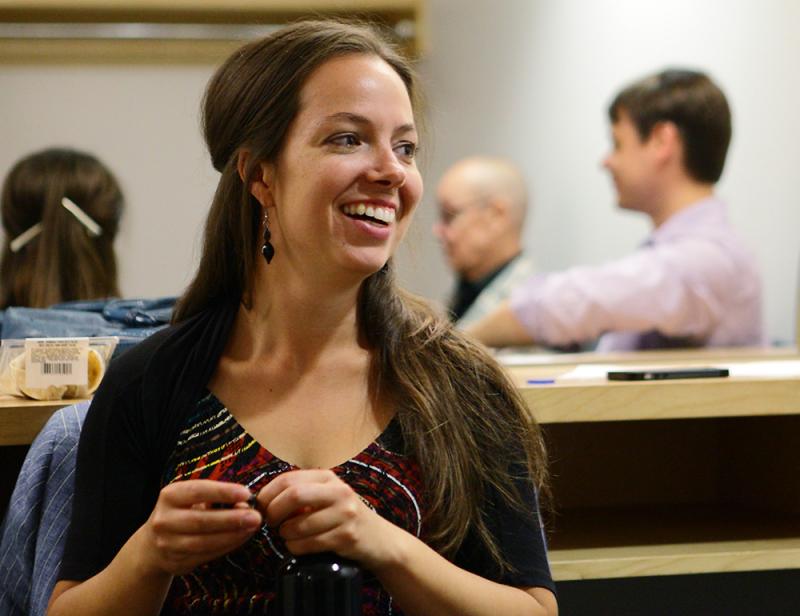 Originally from the Outaouais region, soprano Frédérique Drolet made her Opéra de Montréal debut in 2011 in the role of Barbarina while she was an artist-in-residence at the Atelier lyrique de l'Opéra de Montréal (2011-2014). She has won acclaim for her acting talent in the role of Gretel—which she performed in 2014 in Salle Wilfrid-Pelletier at Place des Arts in Montreal—as well as for the vibrant agility of her coloratura voice.

A proud supporter of access to opera and education, Frédérique has a hand in several cultural mediation activities as an artist-educator at the Opéra de Montréal: she is the music coordinator for the coOpera program in Montreal elementary schools, she hosts the Family Package during shows at the Opéra, and she regularly sings at “Let’s Talk Opera” concert-chats. She also takes part in the development and implementation of projects initiated through partnerships with organizations targeting audiences with specific needs, such as La Gang à Rambrou (intellectual impairment and autism), Ste-Justine Hospital (young adults grappling with mental health issues), opera for the deaf, the visually impaired, etc. Since 2018, she has also been an artist-mediator for Place des Arts’ Adaptive Arts program, which aims to make art accessible to all (newcomers, people with intellectual disabilities, the visually impaired, etc.).

Projects in which she takes part: