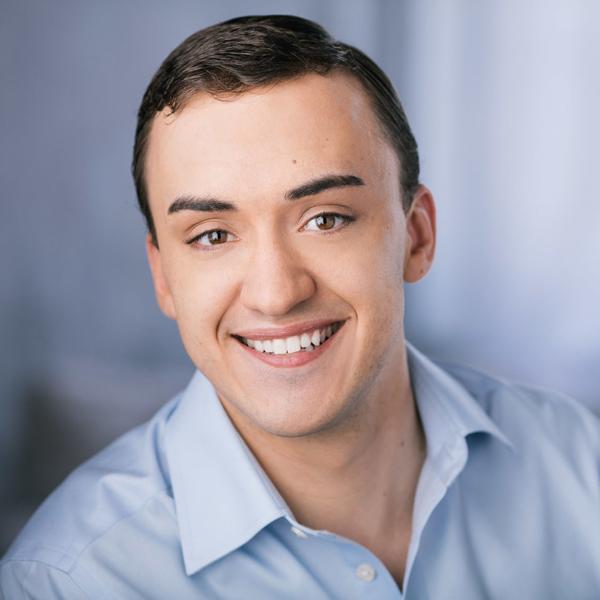 His experiences growing up in a musical family and his background as a cellist in both chamber and orchestral works allows Geoffrey to navigate the subtleties of a wide variety of repertoires with accuracy and ease. Recent credits include Figaro (Il barbiere di Siviglia), Marcello (La bohème), Papageno (Die Zauberflöte), and Belcore (L’elisir d’amore).

As a perpetual student of operatic art who is driven by the thrill of discovery, Geoffrey channels his acute interest in contemporary music into workshops for the creation of new opera, including the New Works Project of the inaugural Vancouver Opera Festival and musical works with Calgary Opera and the Opéra de Montréal.

Additionally, he has sung as a soloist in several oratorio concerts, most notably the Vancouver Bach Choir’s performances of A Sea Symphony (Vaughan Williams), the Prince George Symphony Orchestra’s Messiah, Des Knaben Wunderhorn with l’Orchestre de l’Agora, Requiem (Fauré), as well as Requiem (Duruflé) with St Philips Choir, and Wenceslas (Chilcott) with the Jubilate Vocal Ensemble.

Geoffrey furthered his vocal training at the Portland Opera Resident Artist Program (2018–2020), Calgary Opera Emerging Artist Development Program (2017–2018), and Music Academy of the West (2017), as well as in European programs, such as the European Music Academy (Czech Republic) and the Accademia Europea Dell’Opera. Geoffrey completed his Master’s degree under the tutelage of Peter Barcza at the University of British Columbia.

Geoffrey was a winner of the 2020, 2019, and 2015 Western Canada District in the Metropolitan Opera National Council Auditions, the Platinum Prize winner in the first annual Vancouver International Music Competition, and a prize winner in the 2016 Canadian Opera Company Centre Stage Competition.