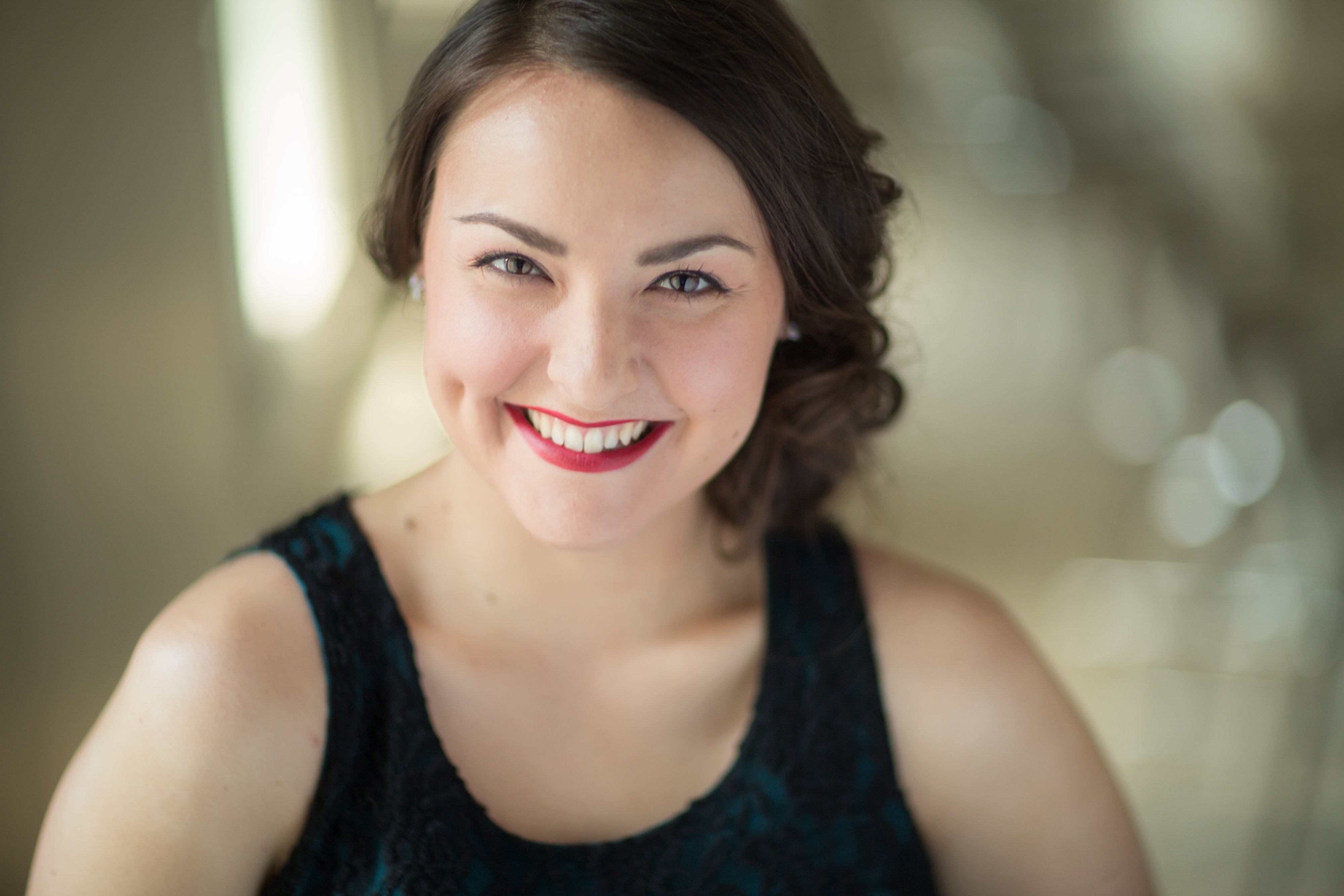 Spotlight on soprano France Bellemare, who will sing Micaëla in Carmen.

Originally from the Saguenay Lac-Saint-Jean region, Quebec soprano France Bellemare studied at the Conservatoire de Québec and at the Université de Laval before joining the Atelier lyrique de l’Opéra de Montréal in 2015. After winning 3rd prize at the Concours Musical International de Montréal in June 2015 and receiving bursaries from the Jacqueline Desmarais Foundation (2013-2016), she made her debut at the Metropolitan Opera in New York in the fall of 2017 in the roles of Musetta (cover) in La bohème and Crobyle in Thaïs.

I’m feeling very exhilarated and excited at the thought of finally having an opportunity to sing this magnificent role. What a joy it is to sing in this fabulous production staged by Charles Binamé, and to do so alongside several of my friends.

The Atelier allowed me to push my personal boundaries. Thanks to all of these industry people (instructors, coaches, pianists, stage directors, etc.) I had a chance to work with as part of the Atelier program, I was able to take shape as an artist. I never felt constrained in my choices and I always got great support from the Atelier leadership. I would not be the artist I am today without the help they provided.

Learning how to listen to myself and trust in my judgement is by far the greatest challenge. I was lucky from the very beginning of my career, quickly receiving several offers. However, the danger is to do too much and to forget my own limits. I’m still young and my voice will continue to evolve if I treat it right. That’s the best advice I can give to younger artists.

In 2019 and 2020, I will have the pleasure of once again singing the role of the Mother in the opera Another Brick in The Wall in Toronto and in Vancouver. I’m also very happy to be revisiting the role of The Woman in Poulenc’s La voix humaine at Théâtre ESPACE GO as part of the Opéra de Montréal’s 2019-2020 season.