Etienne Dupuis and Nicole Car: the couple of the hour finally in Montreal 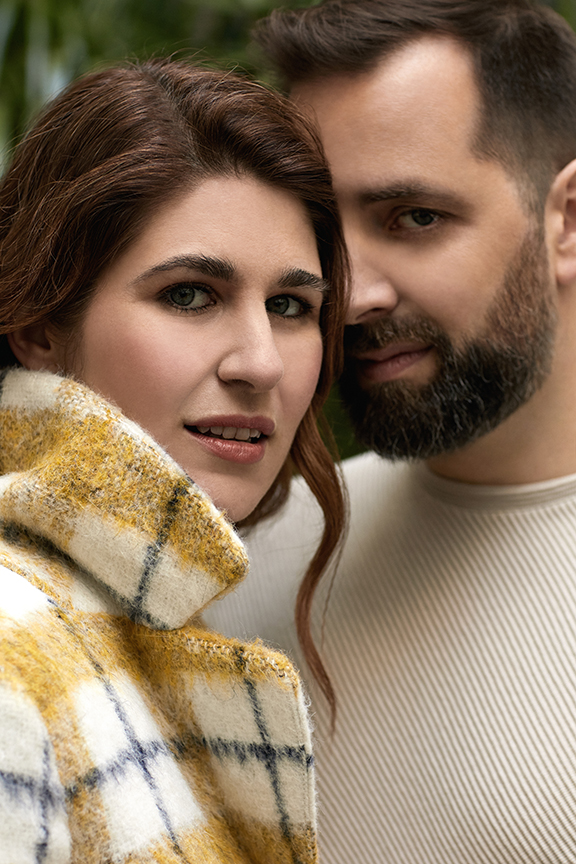 For some years now, Baritone Etienne Dupuis and his wife, soprano Nicole Car, have been one of the most famous opera couples in the world. Their love story began in the rehearsal room during a production of Eugene Onegin at the Deutsche Opera Berlin in 2015—so you can understand why we’re so excited about having them here! Come hear them in our version of Eugene Onegin next September.

Nicole and Etienne are parents to young Noah (age 2), and together they form an inseparable family unit, with the couple almost exclusively accepting only contracts that enable them to work together. Originally from Melbourne, Australia and Montreal, Canada respectively, the couple’s work arrangement allows them to spend time together as a family, though it can sometimes wreak havoc for their agents according to the LimeLight Magazine!

In the world’s greatest opera houses

After having won over audiences in Europe’s greatest opera houses, the duo debuted at the Metropolitan Opera last year in a production of La bohème. ICI Musique host Sylvia Lécuyer met with them at the time to discuss their latest adventure.

Following an appearance in Don Giovanni at the Opéra national de Paris in June, the couple is currently at the Queensland Performing Arts Centre in Australia for a highly anticipated recital.

And come September, the opera world’s favourite couple will (finally!) tread the boards in Salle Wilfrid-Pelletier for our production of Eugene Onegin.
˃˃ Buy your tickets now!

The charming couple’s appeal has made them the subject of interviews in magazines everywhere, especially in Europe and Australia.

“She plunges head-over-heels into her book of love, announcing her terrible disillusionment. Her perfectly consistent phrasing, with generous vibrato and intentions, easily makes its way over the orchestra, even in the most hushed intensities. Through her nuances alone, and without any variation in tempo, she holds back the lines and brings them to life according to the emotions involved. Her prosody is also remarkable, with this Tatyana whispering warm, swishing Slavic sounds from her lips.” Charles Arden, Olyrix, 3 juin 2017

“Nicole Car is one of those artists who can permanently captivate the audience with her stage presence and singing. Whether in her Act 1 cavatina Ah che mi dice mai or her Act 2 aria Mi tradi quell’alma ingrata, in which she is as fabulously dramatic as can be in her portrayal of a woman both in love and hurt. While she is touching and overwhelmingly human, her singing is rich, meaty, and sensual throughout the 3 hours of the performance.” Sabino Pena Arcìa, Classique News, 14 juin 2019

“The duet with Germont (performed by Etienne Dupuis, Nicole Car’s real-life partner) is a beautiful highlight. The baritone is what Germont should be: understated but charismatic, exhausting but likeable, powerful but private. His luminous tone and impeccable diction hit the mark with each appearance on stage, notably during his arrival at the party, when he admonishes his son.”  Paul Canessa, Olyrix, Décembre 2018

A message from Nicole Car and Etienne Dupuis!