Education and outreach, the heart of our mission 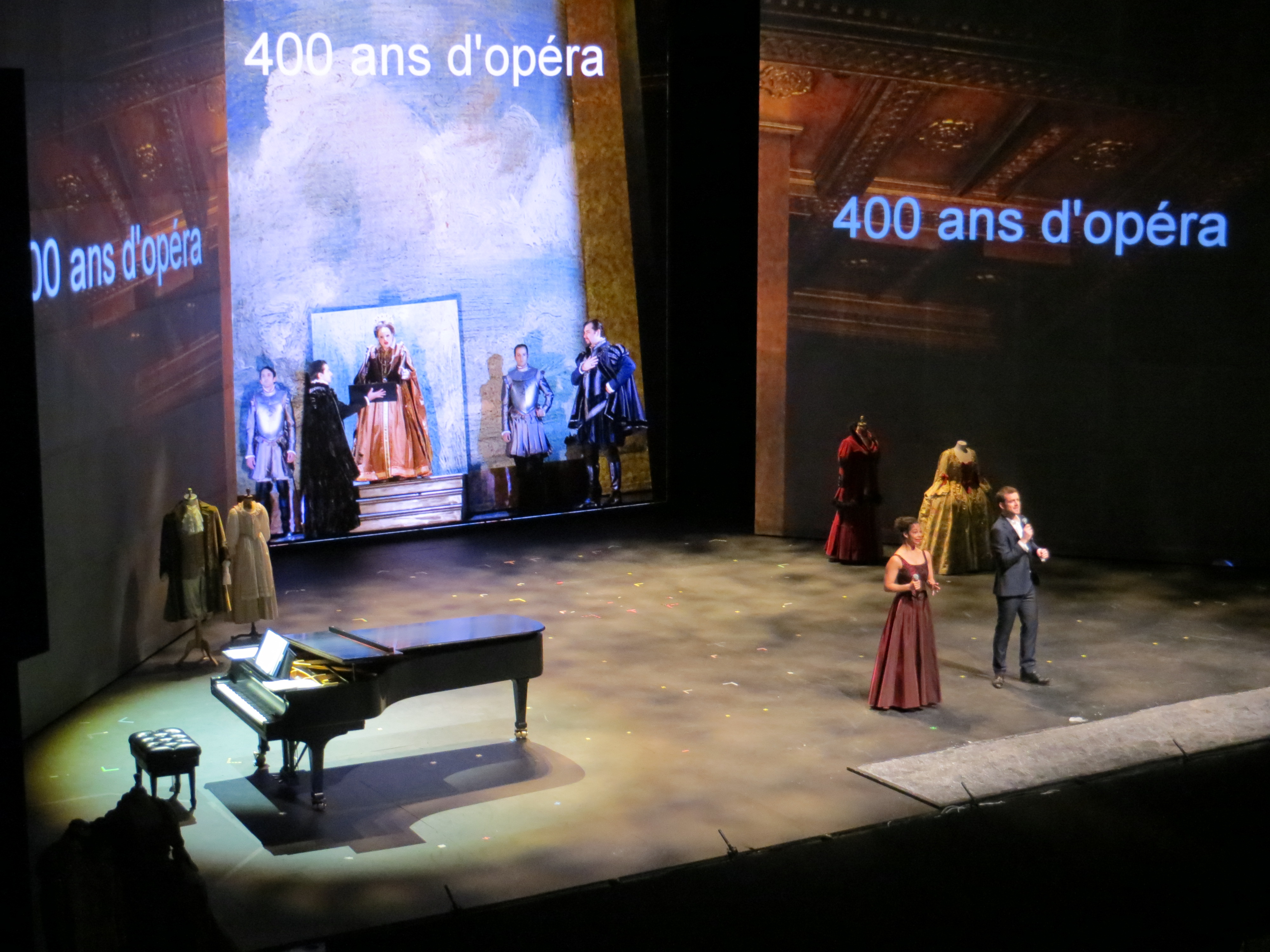 Once again this year, educational and outreach projects played a key role at the Opéra de Montréal. Our activities attracted audiences of all ages and all backgrounds, as well as a large number of students from every level. The end result is quite exciting. Our great thanks to our principal partner: the Bombardier Foundation.

TOTAL ATTENDANCE FOR
- OUR EDUCATIONAL PROJECTS: 7,369 students from the elementary school, high school, and cegep levels
- OUR OUTREACH PROJECTS: 13,893 people

An overview of our projects:

coOpera Toolkit, in collaboration with Youth Fusion
A toolkit allowing schools to experience the coOpera project, free of charge. This season, 3 schools gave it a try.
Partners: BMO, CSDM, City of Montreal, Hydro (until 2015), TQ, UdM

Spotlight on the Vocal Arts
In collaboration with the Grande bibliothèque for the 4th season. Three events:
1. Librettists for an evening, presented as part of the Festival international de la littérature (FIL)
Librettists for an evening, or how five of today’s creative artists would reinterpret five opera classics in the style of the day! Five creative artists dare to rewrite the words to a favourite opera aria, showcasing their own style and their own sensibilities. On the evening of the event, singers from the Atelier lyrique de l’Opéra de Montréal perform the original and new versions of the arias… for twice the fun! Creative artists: Gilbert Turp, René Richard Cyr, Denys Arcand, Evelyne de la Chenelière, Hélène Dorion

2. Opera and Women
Opera and women: a vast topic. In the 17th century, they were goddesses or kings’ wives, often acting as foils, and did not appear on stage much at all due to a papal ban. In the 18th century, women of character and playmakers appeared, with Mozart giving them true independence. In the 19th century, they became divas. And in the 20th century, they were many… So, who are these women of opera? Their story, the archetypes, the roles… An overview, with Chantal Lambert. Host: Pierre Vachon.

3. Operatic Montreal
As part of the 375th anniversary of Montreal, join us on a journey through the operatic history of a bustling city. Opera was first heard here in the 18th century… but in the 19th, Montreal went on to become a nerve centre of North American opera life. Troupes and major artists from around the world appeared here, establishing a rich cultural life and extending Montreal’s reputation on the international opera scene. This impetus coincided with French-Canadian access to wealth—economic growth that resulted in the development of some twenty venues for opera performance. Throughout the 20th century, opera continued to enchant the city. Our opera history, as told by musicologist Pascal Blanchet, his guest, historian Mireille Barrière, and the singers of the Atelier lyrique.

Street Opera
In collaboration with Le Sac à Dos: a new opera creation project for individuals who have experienced homelessness. An introduction to opera workshop, along with others on stage direction and set design, and the production of a mini-opera by Eric Champagne, to a libretto by José Acquelin, inspired by the participants’ own stories.
Partner: Foundation of Greater Montréal

Operatic Montreal Documentary
The history of opera in Montreal through a look at its performance venues. Directed by Myriam Leblond and Sébastien Pomerleau for La Fabrique culturelle. Watch it here
Partners: Télé-Québec, Foundation of Greater Montréal

Let’s Talk Opera
A new series of introductory talks for each of the operas in the season, with musicologist Pierre Vachon and singers. Presented in French at the Conservatoire de musique and in English at Victoria Hall.