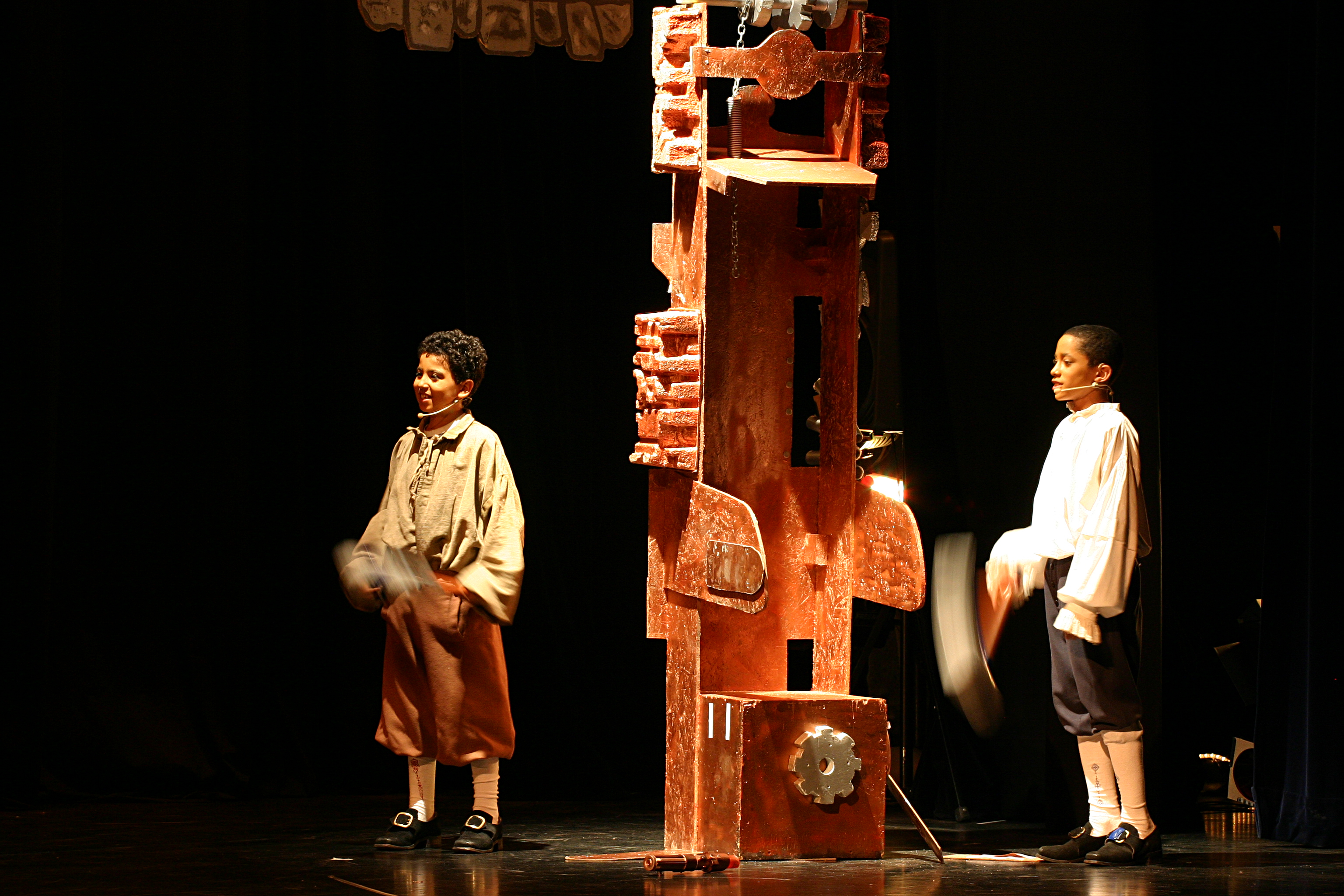 12 years of promoting student retention through art,and now a project offered in all schools throughout Quebec

The coOpera project was born in 2004. Every year since then, it has allowed 90 students in the 3rd cycle at four schools in the Commission scolaire de Montréal to create their own adaptation of an opera being presented at the Opéra de Montréal: they rewrite the libretto, develop a musical score, create and build sets and props. At the end of the school year, the youngsters perform their work in UQÀM’s Salle Marie-Gérin-Lajoie in Montreal before an audience of 5,500 people. “The audience reaction is phenomenal every time,” says project coordinator Luc Therrien. The project—a collaborative effort between the Opéra de Montréal and four schools in disadvantaged areas of Montreal (Jeanne-LeBer, De la Petite-Bourgogne, St-Zotique, and Notre-Dame-du-Perpétuel-Secours)—has tangible academic and personal benefits: through art, it notably contributes to decreasing absenteeism, to stimulating teamwork, and to promoting multicultural integration, while at the same time allowing the young participants to develop on a personal level.

In order to give all schools throughout Quebec an opportunity to enjoy the same experience, the Opéra de Montréal is launching the “coOpera Kit,” which will be available starting this fall. The kit is a true toolbox, containing all of the elements required to complete the project, with step-by-step guidance to help teachers through each phase of the adventure. The first coOpera Kit is based on the “Falstaff” coOpera show presented in 2013. Each year, new shows will be added to the kit.

Puccini’s Madama Butterfly will be the subject of coOpera for 2015-2016. On Thursday, September 17, the 90 students will attend the opera’s dress rehearsal to help provide some context and background on the work. Next, they will tackle the task of rewriting the text, taking inspiration from the libretto and the characters in the opera. They will also take a backstage tour of the Opéra de Montréal, and take part in an interactive vocal workshop with singers from the Atelier lyrique. From January to May, they will rehearse each week to learn their parts and the staging, and they will attend makeup and wig workshops with designers from the Opéra de Montréal.

Over the years, the project has been recognized with several distinctions: in 2012, the First Prize from the Fédération des commissions scolaires du Québec for its pedagogical innovation, the Paul Buissonneault Award, two provincial first prizes for partnership between culture and education, and two regional first prizes at the ESSOR Awards. Lastly, the participants’ work has also been recognized at awards galas for deserving staff at the Commission scolaire de Montréal.

Without the support of its financial partners, the Opéra de Montréal would not have been able to give a vital impetus to its educational component. We would like to thank BMO and the CSDM. Likewise, we also thank all of the schools’ partners: the Sud-Ouest Borough (City of Montreal); UQAM – Salle Marie-Gérin-Lajoie; the Department of Education, Higher Education and Research via the Support Montreal’s Schools program; the Department of Culture and Communications via the La culture à l’école program; and the four schools.