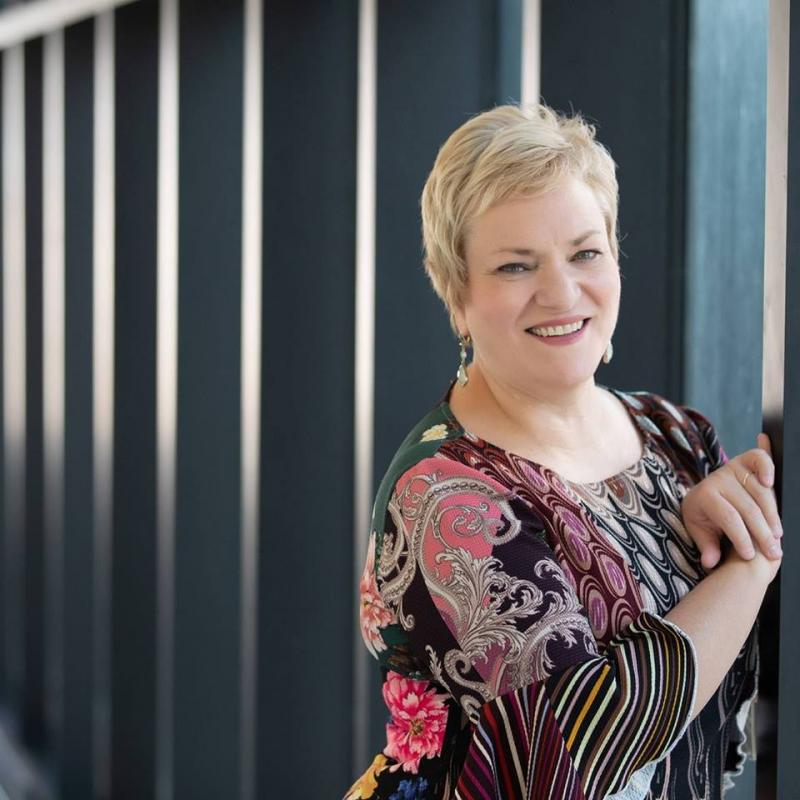 Dominique Labelle’s voice has been called “angelic,” “silvery,” and “vibrant,” and she could easily lay claim to the title “diva.” Instead, she simply calls herself a musician, and takes greatest pride not in her rave reviews, but in her work with colleagues and in her probing explorations of the repertoire from the Baroque to new music. Her passionate commitment to music-making has led to close and enduring collaborations with a number of the world’s most respected conductors and composers, such as Iván Fischer, Nicholas McGegan, Jos van Veldhoven, Jean-Marie Zeitouni, and the Pulitzer Prize winning composer Yehudi Wyner. She also treasures her long association with the late Robert Shaw.
Dominique’s many collaborations with Nicholas McGegan and his Philharmonia Baroque Orchestra include Handel’s Atalanta, Alexander’s Feast, and Teseo, which they recently revived at the 2014 Mostly Mozart Festival. Her appearances
with Iván Fischer include the Countess Almaviva in Mozart’s Nozze di Figaro in Las Palmas and Budapest; a Bach B Minor Mass in Washington, DC, Bach, Matthew Passion with the Royal Concertgebouw Orchestra;as well as Mozart’s Requiem and a Bach St. Matthew Passion with the Orchestra of St. Luke’s. She has also sung Britten’s Les Illuminations with Jean-Marie Zeitouni and I Musici de Montréal; Beethoven’s Symphony No. 9, Brahms Requiem, and Mahler’s Symphony No. 2 with Zeitouni and the Columbus Symphony Orchestra.
Among her numerous recordings of opera and concert repertoire is Monsigny’s Le Déserteur with Opera Lafayette and Ryan Brown (Naxos). She can also be heard on recordings on the Virgin Veritas, Deutsche Harmonia Mundi, RCA Victor Red Seal, Koss, Denon, New World, Carus and Muisica Omnia labels. Her recording of Handel’s Arminio (Virgin Classics) won the 2002 Handel Prize. Her latest recording Moments of Love is her recital with pianist and composer Yehudi Wyner on a program of Britten, Hahn, Ravel, Saint-Saëns and Wyner.
Born in Montreal and trained at McGill and Boston Universities, Dominique enjoys sharing her technical and musical insights with young singers, and is Professor of Voice at the Schulich School of Music at McGill University. She has also taught master classes at The Classical Singers Convention in Boston, Harvard University, San Francisco Conservatory, Smith College, Vassar College, and the University of Massachusetts. In May of 2018, she was awarded the Schulich School of Music's Outstanding Teacher Award.