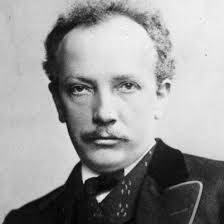 The son of one of the best French horn players of the Munich Court Orchestra, Richard Strauss was an equally gifted conductor and composer. He started out in 1885 as assistant conductor with the Meiningen Court Orchestra, going on to lead the Munich Hofoper (1886–1889), the Berlin Hofoper (1898–1918), and the Vienna Staatsoper (1919–1924). It was during these years at the close of the 19th century that Strauss began making his mark as a composer, writing some ten tone poems, including Macbeth (1886–1888), Don Juan (1888–1889), Tod und Verklärung (1888-1889), and Ein Heldenleben (1897–1898). As of 1894, he devoted himself mainly to opera, writing a first work, Guntram, a bitter failure. It would be six years before he made a second attempt with Feuersnot (1900–1901), largely inspired by Wagner, which was a great success. Also in 1900, he met the poet and playwright Hugo von Hofmannsthal (1874–1929), marking the start of a legendary collaboration that would result in 6 of his 15 operas. With Salome (1905), after Oscar Wilde’s play (one of the first operas to be inspired by, and very closely based on, a literary work), his musical language became far more radical, attaining a paroxysm of modernity and expressionism in Elektra (1909), his first collaboration with Hofmannsthal. Three more Strauss–Hofmannsthal productions followed: Der Rosenkavalier (1911), Ariadne auf Naxos (1912, 1916) and Die Frau ohne Schatten (1919). Toward the end of his life, Strauss returned to orchestral and melody writing, with Metamorphosen (1945) and his Four Last Songs (1948), respectively.

Critics were not unanimous in their praise of Strauss. While some lauded his extraordinary skill, others were sceptical of his tremendous ease, as reflected in the following excerpt of a review by conductor Wilhelm Furtwängler: “Among all [his contemporaries], he is the one who can ‘do’ the most and ‘is’ the least.”