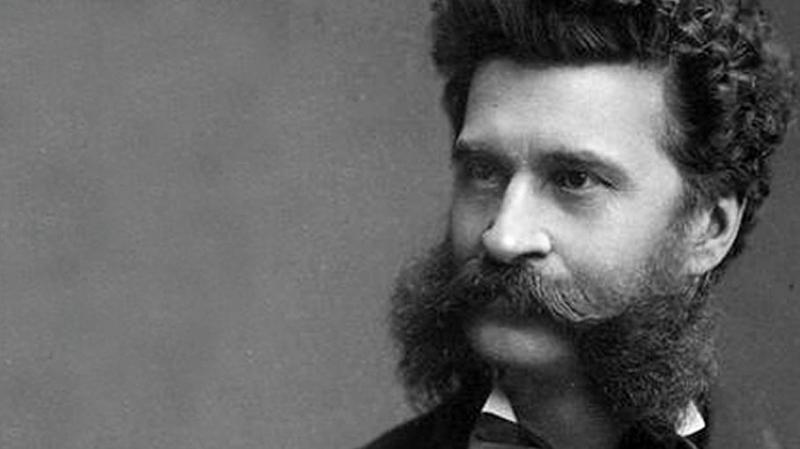 The Waltz King—never has a composer been given a more appropriate nickname! It would be impossible to list all of the dances—waltzes, polkas, quadrilles, galops, marches, etc.—in his catalogue. Not to mention his many operettas, which brought him much success. Johann Strauss II shared a name with his father, who had formed a very popular dance orchestra in Vienna. Johann II studied music with his father’s musicians. As early as in the 1820s, like today, dance musicians were a distinct group. Johann II’s two brothers—Josef and Eduard—were also musicians and did the same. In September 1844, Johann Strauss II formed his own orchestra; its first concert took place on October 15 featuring the composer’s own works exclusively. His success was immediate, with his reputation soon surpassing that of his father, the composer of the ultra famous Radetzky March (1848), still traditionally performed and highly anticipated at each New Year’s Concert in Vienna. In 1863, Strauss II was appointed Music Director of the Royal Court Balls. His most famous pieces date from this period, including Morning Journals (1864), The Blue Danube and Artists’ Life (1867), Tales from the Vienna Woods (1868), and Wine, Women, and Song (1869), not to mention all his other popular successes in every other genre of dance. He toured the world with his orchestra, from Russia to the United States, Germany, France, and England. In 1871, suffering from a chronic condition, he asked to be relieved of his duties at the court balls. That same year, the Habsburgs, who reigned supreme over Vienna, suggested he fight the “Offenbach invasion” taking place in the world of operetta. This led to the composition of 17 operettas and a ballet. But success in this genre only came with his third attempt, The Bat (1874), which still remains his greatest hit and most universally recognized success. Only A Night in Venice (1883), the irresistible The Gypsy Baron (1885), and the last, Wiener Blut (Viennese Blood) (1899) would find their way into the repertoire. He also composed such eponymous waltzes as Roses from the South and the Emperor Waltz to themes drawn from his vast catalogue of operettas. As opposed to Offenbach, Strauss did not have a knack for the theatre or for choosing librettos. This perhaps explains why his body of theatrical work remains forgotten. He was much more of an instrumental composer—explaining his facility at extracting various “favourite pieces” from his operettas, sometimes even in advance! However, his few successes remain undeniable within the limits of the light and pleasant genre—a genre whose profile he most certainly raised to another level.