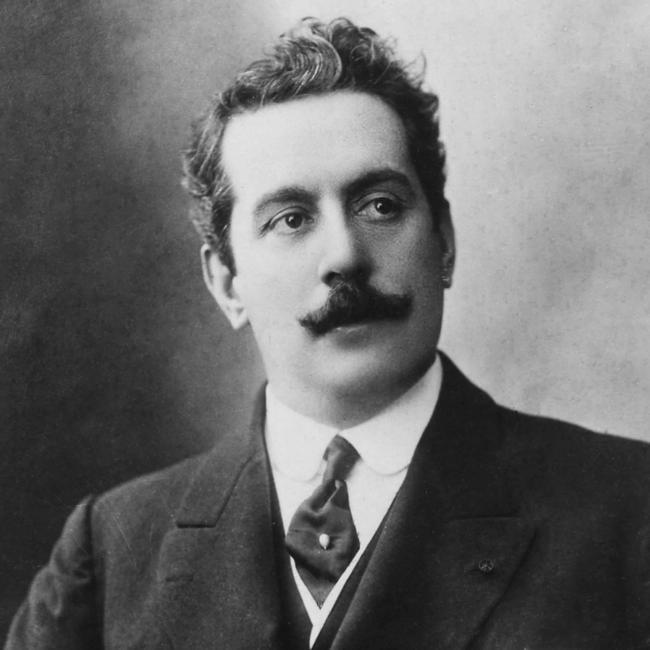 Puccini is the most popular Italian opera composer after Verdi. Born to a long line of composers and organists, he lost his father at the age of five. His musical training was taken over by his uncle, and at 16, he entered the Istituto Musicale Pacini, where he composed his first works. Lucca, the town of his birth, enjoyed a rich cultural life, with regular visits from touring theatrical companies. In 1876, in Pisa, Puccini fell in love for the first time: a performance of Verdi’s Aida sealed his fate as an opera composer. He continued his studies at the Milan Conservatory under Amilcare Ponchielli, composing instrumental and vocal pieces, including the Messa di gloria (1880). His first attempt at opera was Le villi, entered — but not selected — in a competition for one-act operas. However, a performance of the same opera at the renowned Teatro dal Verme in Milan in 1884 launched his career. It was there that publisher Giulio Ricordi noticed him and assured him unwavering support. Only with his third opera, Manon Lescaut (1893) did Puccini begin to achieve any success. Ricordi found him two excellent librettists, Luigi Illica and Giuseppe Giacosa, who co-wrote the librettos for his immensely popular works: La bohème (1896), Tosca (1900), and Madama Butterfly (1904). Puccini closely oversaw the writing of his librettos, starting and abandoning numerous projects, which considerably slowed his output. After The Girl of the West, which premiered at the Metropolitan Opera in New York in 1910, he began the composition of a triptych of one-act operas, Il tabarro, Suor Angelica, and Gianni Schicchi, which also received their first performances at the Met in 1918. He was unable to complete his last opera, Turandot, which was performed posthumously at La Scala in 1926.