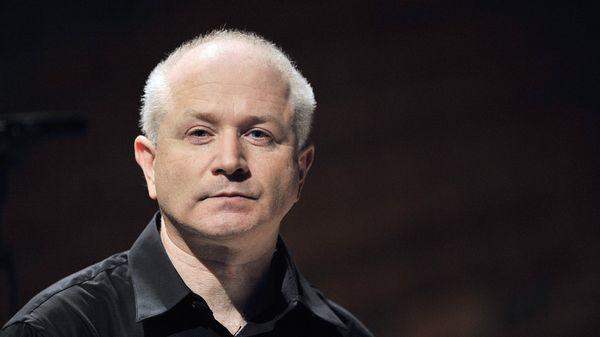 "One of the greatest composers of his generation" - New York Times.

George Benjamin’s first opera, Into the Little Hill, written with Martin Crimp, was commissioned in 2006 by the Festival d’Automne in Paris. Their second collaboration, Written on Skin, premiered at the Aix-en-Provence festival in 2012 and has since been scheduled by over 20 international opera houses, winning as many awards. Lessons in Love and Violence, a third collaboration, premiered at the Royal Opera House in 2018.

As a conductor, Benjamin has a broad repertoire—ranging from Mozart and Schumann to Knussen, Murail, and Abrahamsen—and has conducted numerous world premieres of important works, regularly appearing with the world’s leading orchestras. Recent celebrations of Benjamin’s work have taken place at the Southbank Centre in 2012, the Barbican in 2016, and Wigmore Hall in 2019. The last decade has also seen multi-concert retrospectives in San Francisco, Frankfurt, Turin, Milan, Aldeburgh, Toronto, Dortmund, New York, and at the 2018 Holland Festival.​