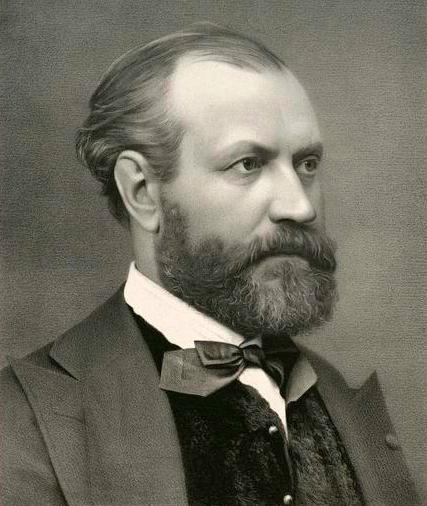 (Paris, 1818 – Saint-Cloud, 1893) His father was a painter and his mother was a pianist who passed along her interest in music to him. As a student at the Conservatory, his teachers included, among others, Lesueur and Reicha, with whom Berlioz also studied. The winner of the prestigious Prix de Rome in 1839, he spent some time in the Italian capital, and, while there, discovered the music of Palestrina, whom he heard at the Sistine Chapel, and also sonatas by Beethoven, which Fanny Mendelssohn played for him. Upon his return to France, young Charles dreamed of entering religious life, and for a time even signed his letters “Abbé Gounod.” However, another friend, the singer Pauline Viardot, made him understand that a composer’s renown was made in the theatre. But Sapho (1851) was only a critical success, and La nonne sanglante (1854) was a downright failure; it seemed that Gounod’s more intimate muse did not fare well with grand opera’s passions. He tried his hand at opéra-comique, most notably with Le Médecin malgré lui (1858), after Molière. But it was on the stage of the Théâtre-Lyrique, with the support of his favourite librettists—Jules Barbier and Michel Carré—that Gounod was able to seek out new paths down which French opera would travel. Faust (1859) was a veritable catalogue of hits, a triumph that his next work—Mireille (1864)—had some trouble living up to. Gounod’s career was at its peak in 1867, the year of the Universal Exposition in Paris, where his Roméo et Juliette met with great popular success, to the detriment of Verdi’s Don Carlos. However, that success was never again equalled. After several successive failures, falling out of favour to be replaced by Bizet and Massenet, Gounod gave up the stage. Criticized early on for being too modern, he was now suddenly considered outmoded. At the end of a life filled with contrasts and paradoxes, at times revered and then all but forgotten, the old seducer returned to his first love, religious music. He found time to publish a study on Mozart’s Don Giovanni, while his Faust was performed for the 500th time at the Opéra (1888). He died in 1893, leaving to posterity works ranging from the irresistible Jewel Song to a pious Ave Maria, adapted from Bach’s first Prelude.