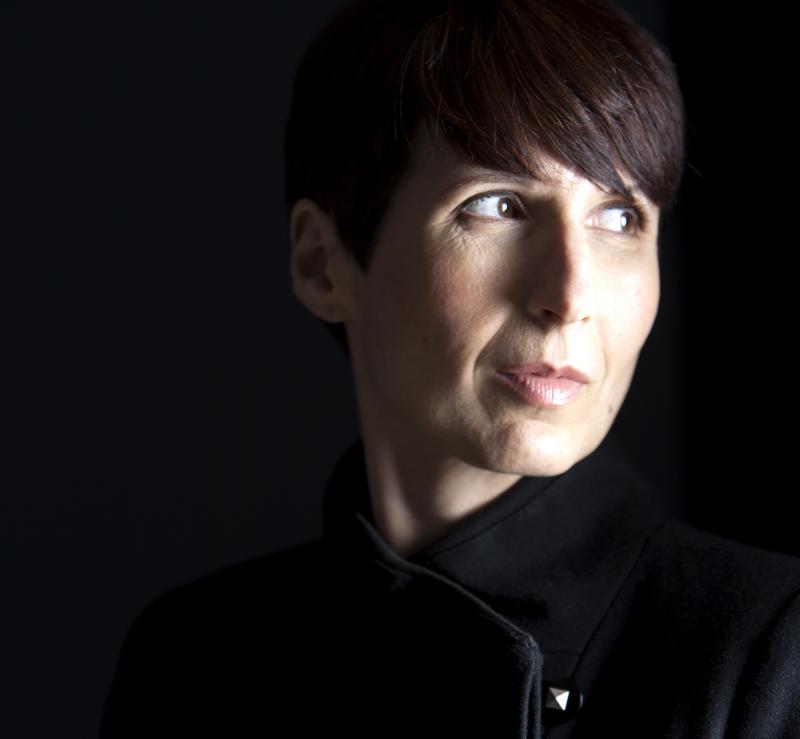 Serbian-born composer Ana Sokolović, who has lived in Montreal for two decades, has been immersed in the arts all her life. Before taking up theatre and music, she studied classical ballet. She studied composition at university under Dusan Radić in Novi Sad and Zoran Erić in Belgrade, then completed a master’s degree under the supervision of José Evangelista at the Université de Montréal in the mid-1990s. Her work is suffused with her fascination for different forms of artistic expression. Both rich and playful, her compositions draw the listener into a vividly imagined world, often inspired by Balkan folk music and its asymmetrical festive rhythms. The winds of change brought by her work quickly vaulted her to a prominent position on the Quebec, Canadian and international contemporary music scenes.

Over the years, Ana Sokolović has earned a steady stream of commissions and awards. Today, her repertoire includes orchestral, vocal, chamber, operatic and theatrical pieces. From 1995 to 1998, she was a three-time recipient of the SOCAN Foundation Award for Young Composers. In the 1999 edition of the CBC Young Composers Competition, she won the grand prize along with first prize in the chamber music category. In 2005, she won the Joseph S. Stauffer Prize presented by the Canada Council for the Arts, and in 2007 the Conseil québécois de la musique awarded her the Prix Opus for composer of the year. In 2008, she won the Jan V. Matejcek Award presented by SOCAN; in 2012, she was a repeat winner of the same award. In 2009, she won the prestigious National Arts Centre Award, which included commissions, residencies and teaching positions over a five-year period. In the summer of 2012, her opera Svadba-Wedding, commissioned and produced by the Queen of Puddings Music Theatre, received six nominations for the Dora Mavor Moore Awards and won for Outstanding New Musical/Opera. The opera then went on tour in Canada and Europe until 2015.

The Société de musique contemporaine du Québec (SMCQ) recently marked the 20th anniversary of Ana Sokolović’s arrival in Quebec with a celebration of her body of work. “For the scope, diversity and quality of her work; for the originality of her approach; for her energy, her reputation among the most prestigious institutions and her appeal to audiences of all ages,”* the society’s artistic committee unanimously decided to devote the third edition of its Série Hommage tribute performance series to her. The series, held over the 2011-12 season, attracted record participation as Canadian artists and organizations enthusiastically answered the call. More than 200 events were presented in her honour from coast to coast.

Ana Sokolović recently received a prestigious commission from the Canadian Opera Company for a main-stage opera that will be premiered during the 2019/20 season.

The Émile Nelligan Foundation awarded Ana Sokolović the prestigious Serge-Garant Prize in November 2015. “By transposing her own roots and personal identity into a vibrant and universal culture, Ana Sokolović composes music that connects us not only to Montréal, but to Toronto, Aix-en-Provence, and Belgrade.”– Réjean Beaucage, Jury President