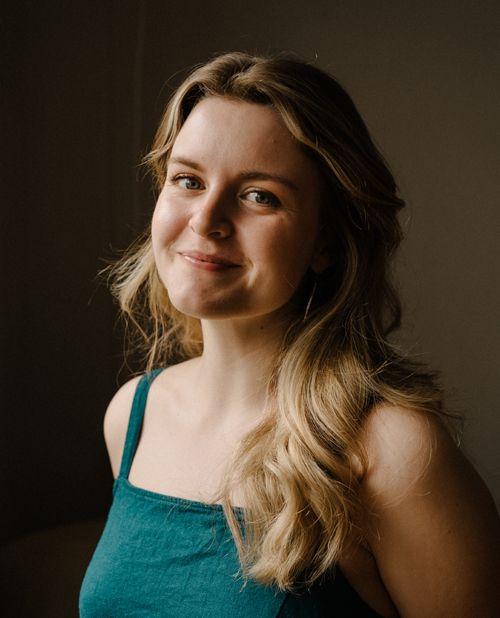 Originally from Vancouver Island, Vanessa Croome came to Montreal in 2017 to study voice at McGill University before becoming a resident with the Atelier lyrique de l’Opéra de Montréal in 2019. This vibrant and enthusiastic young soprano looked back with us on her three far-from-ordinary years with her new opera family.

Singing has been a part of Vanessa’s life since she was very little. Guided by the activities that appealed to her and doors that opened along the way, she got her early start in choirs, and later, acquired the taste for musical theatre and television productions. “I had an agent, I did auditions and got the chance to appear in local films, but finally, I decided to concentrate on singing. I believe I signed my first professional contract to perform in a musical at the age of 12,” recalls the soprano.

Bolstered by her already substantial artistic background, at 16, Vanessa was awarded a scholarship inviting her to join the Interlochen Arts Academy in Michigan. After completing her high school diploma there, she earned a bachelor’s degree in voice from the Oberlin Conservatory of Music in Ohio. Next stop: Montreal!

A return to family sources

But why would a young woman from western Canada with both feet planted firmly in the United States chose Montreal to complete her opera studies? “My mother is a Quebecer! She comes from an anglophone family from Châteauguay and always talked about Montreal as a happy place. And everyone loves Montreal! I always felt a special connection to this city, and I dreamed of living here since I was little.”

We should mention that this young artist expresses herself quite fluently in French, punctuated now and again by words in English. “My mother was adamant about us learning French. It was very important for her, since she never got the chance, even though she grew up in Quebec. So, I went to a francophone school.”

As soon as she arrived, Vanessa fell under the spell of Montreal’s unique vitality. “Because of the mix of cultures and the diversity here, people are very open. They are also interested in arts and culture. And I love the mixing of languages! When I meet people who switch easily from English to French, I find that cool.”

When Marie-Eve Scarfone, who at the time was working at the Atelier lyrique, came to give coaching sessions at McGill University’s Schulich School of Music, it was a revelation. “I loved working with her. She told me about the Atelier and being admitted became a dream. I decided to audition.” The rest is history!

A quest for independence

When she entered the program, Vanessa was in her early twenties and still unsure about her deepest aspirations. “I was in the habit of letting myself be carried along by events. But when you’re an artist, you need to make your own decisions, manage your career, establish a framework and a schedule. The Atelier gave me all these tools to develop my autonomy and seize the reins of my own existence.”

Indeed, because of her young age and the onset of the pandemic, she and the Atelier team agreed that a third year of residency would be beneficial. “Many of my projects were either cancelled or postponed because of COVID-19, and since I was just starting to work with my singing teacher Ariane Girard, I was offered to remain an extra year. I am very grateful for that!” 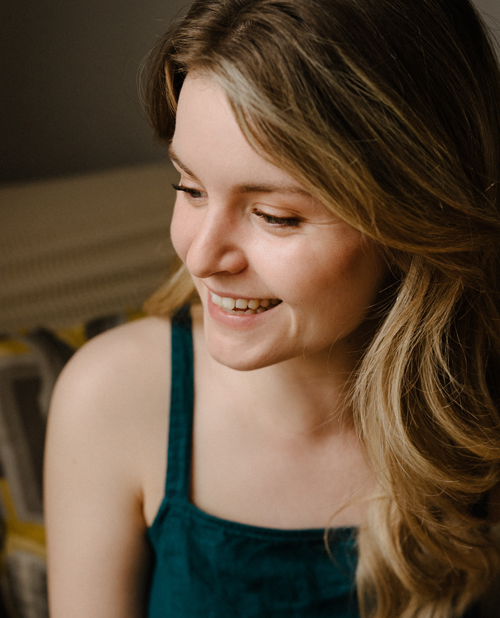 Her work with Ariane Girard gave her newfound confidence. “She is really special, and our work together has changed my vocal life. I have never been so confident in my technique!”

The contribution of motivation and leadership coach Guillaume Dulude to her development was also substantial. “Opera is truly a mental game. You work so hard to be able to perform and give it your best for a short period of your life. You need to be mentally stable and build effective preparation strategies. My work with him was enormously influential.”

A premiere and a classic: two momentous projects

Two especially meaningful projects stand out for this soprano during her time with the Atelier, which was so greatly impacted by the pandemic.

Just as life came to a standstill, on March 13, 2020, the artists of the opera L’hiver attend beaucoup de moi were poised to meet their audience. “We had our dress rehearsal that day, and everything stopped.” The production was transformed into an online presentation in the fall of that same year. “Being part of the premiere of this Quebec opera was truly an extraordinary experience. For one thing, because we were a 100% female team: the composer, librettist, music director, stage director, performers. But also, because the issues addressed were very contemporary and current. I played a pregnant girl leaving an abusive relationship; it was very concrete and realistic.”

In an altogether different mode, Vanessa took on the duties of an understudy for the Queen of the Night in the production of The Magic Flute that concluded the Opéra de Montréal’s 2021–2022 season. It was a major challenge, but extremely fulfilling! “The person slated to perform in the production was held back abroad during the start of rehearsals, so I got the chance to sing the first three weeks, with the set and the entire cast. It was the perfect way to round off my time with the Atelier!” 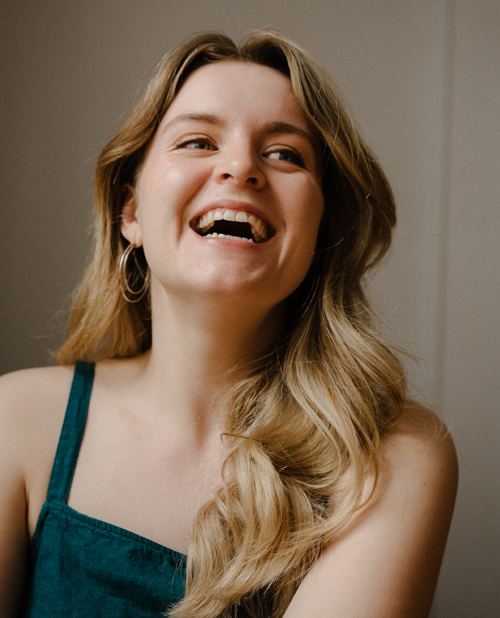 Getting a first-hand taste of this mythical character made Vanessa want to perform the role herself on a major stage. “Singing high notes like that is so intense! And I also love Mozart. It’s simple, beautiful, subtle, it speaks to our human sensitivity. It’s just perfect!”

Besides her love of Mozart, the soprano has a soft spot for Baroque and contemporary music. After attending a screening of Eurydice by Matthew Aucoin presented by the Metropolitan Opera, she fell in love with the work and its title role. “We witness the story from her (Eurydice’s) point of view, we have access to her thoughts. And the music… Oh my God, I’ve never cried like that before at the opera. It was just so beautiful. I thought to myself, ‘if works like this are being premiered right now, then opera’s gonna be fine.’ It’s become one of my dreams now to sing that role.”

What’s next for this curious and creative young soprano? “Life!” she answered with a laugh. Over the past two years, Vanessa was in the process of completing a program in marketing alongside her training with the Atelier. Marketing is a discipline that addresses her other passions. “I wanted to enable myself to acquire some security, and I’ve always been interested in the combination of strategy and creativity involved in marketing. The Atelier team gave me the space to do that, and the freedom to explore.”

Above all, she sees the coming autumn as a deep breath that will allow her to settle down. “I’m off this summer to the Santa Fe Opera, and after that, it will be a bit like jumping into the void off the top of a mountain. But I feel pretty confident! I will always stay in touch with the Atelier, that’s for sure. I even have recital plans with Holly Kroeker who works there. I will be living in Montreal for the next year at least, and after, who knows where life will take me!”