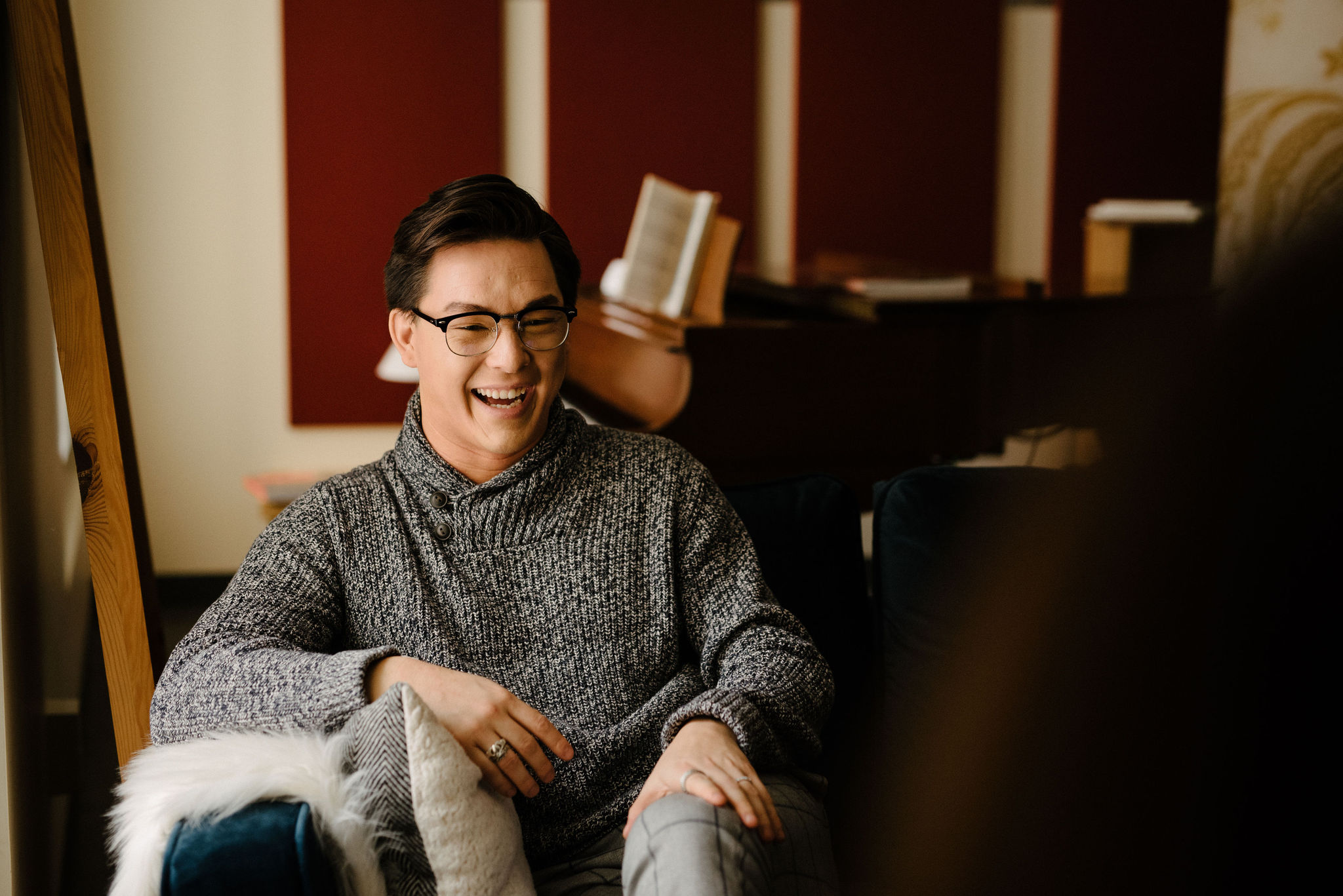 In a sunlit studio at the Atelier lyrique, we got to know the young Rossinian tenor Spencer Britten, originally from Vancouver. “In my Montreal residence, none of the furnishings are mine. This couch and I have more in common! I also live here (laughs).” A dancer as well as an opera singer, Spencer moved to Montreal two years ago to be where he loves more than anywhere else in the world: onstage. 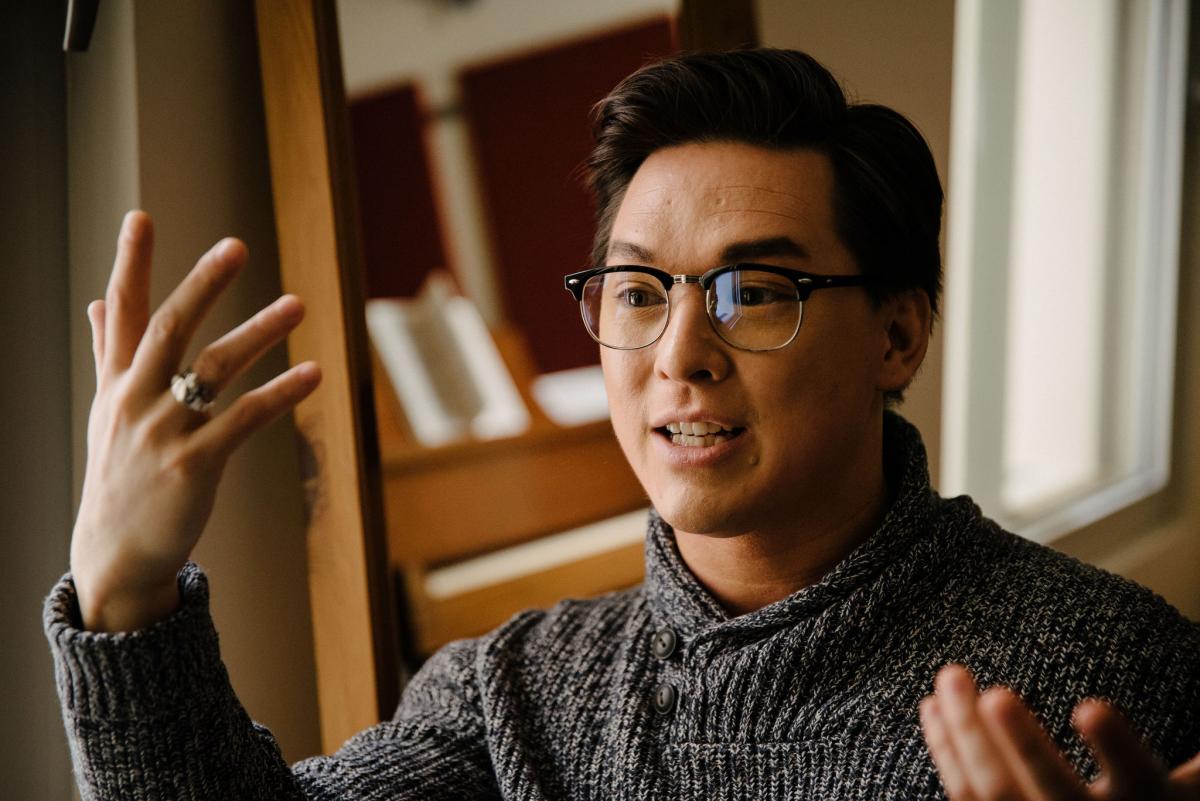 FROM musicalS TO opera

An active child both artistically and athletically, Spencer began dance classes at 6 years of age while also singing as a chorister. “At home I would always be singing, I wouldn’t stop making sounds, so my parents agreed, ‘We’ll put him in a choir!’ I have been dancing and singing ever since. I never stopped!”

Spencer seemed destined for a career on Broadway until he made the acquaintance of a new singing teacher, who somewhat unwittingly guided him toward the opera repertoire. “She would say to me, ‘try this art song, or this aria, it’s a great exercise for you.’ I’m open, so I said, ‘Sure, I’ll try it, why not!’ Eventually, we ended up with a whole audition package. When the time came to apply to university, I was ready. The preparation work was done.” When the moment came for him to choose a program, Spencer applied in dance, theatre and opera. He was accepted in all three disciplines. “At that point, I was like, ‘I want to go to Broadway.’ But something was telling me to do opera. I wanted to sing classically and then go back to musical theatre in due course. With good vocal technique, you can go on to do anything. So I enrolled in opera at UBC.”

Spencer’s greatest passion is the stage. The costumes, the acting, the whole experience leads him unavoidably to his “happy place,” regardless of the specific artistic discipline. “I still believe a singer can do both musical theatre and opera without having to choose between them. One thing I learned at the Atelier was to stick to how I know to be true to myself. For me, doing both is definitely possible.”

When Spencer arrived in Montreal to begin his residency with the Atelier, he was already singing in a production of West Side Story that was touring the United States and Europe. “I gave everything I had with that show, which demanded full operatic singing and many different styles of choreography.” The Atelier encouraged him to keep on with his tour while in residence. “They said that it was an amazing opportunity, that I should stay on the tour! They really encourage you to find what drives you as an artist, to find your voice. It’s not a generic program for any artist, it’s highly specific to each person. They provide many tools, and we get to choose the tools we need.”

Through the Atelier, Spencer made the acquaintance of singing teacher Ariane Girard and collaborative pianist Marie-Ève Scarfone, with whom he developed a productive working relationship. “They have a great network of teachers and coaches, but they don’t force you to work with anyone. They even let me go back to Vancouver to study with my teacher when I felt the need.” Since the Atelier allocates a budget for each resident, Spencer was also able to take both dance and French classes. “They really care about your well-being. That kind of support reflects on your performance. I think that if you feel good in your life, you’ll more likely feel good on stage as well.”

Two performances Spencer gave during his time with the Atelier are firmly etched on his artistic calling card: Carmina Burana with Les Grands Ballets Canadiens, and the role of Triquet in Tchaikovsky’s Eugene Onegin.

Seizing the opportunity to work with a singer who is also a dancer, Carmina Burana’s choreographer integrated the tenor into the stage movements. “Surrounded by dancers, I could feel their energy on stage, I felt more electric when I was singing, and it was easier to sing! It was definitely one of the highlights of my career.”

The impact of Spencer’s performance in the role of Triquet hit him full force during the curtain call. “I did not expect that kind of reaction from the crowd. They went crazy after each performance! I had a small role, just one aria in the middle of the show, and I thought people would have forgotten my performance!” Far from merely remembering him, the audience absolutely loved what he had brought to the production. For a first performance on the Opéra de Montréal stage, one could hardly hope for a better reception. 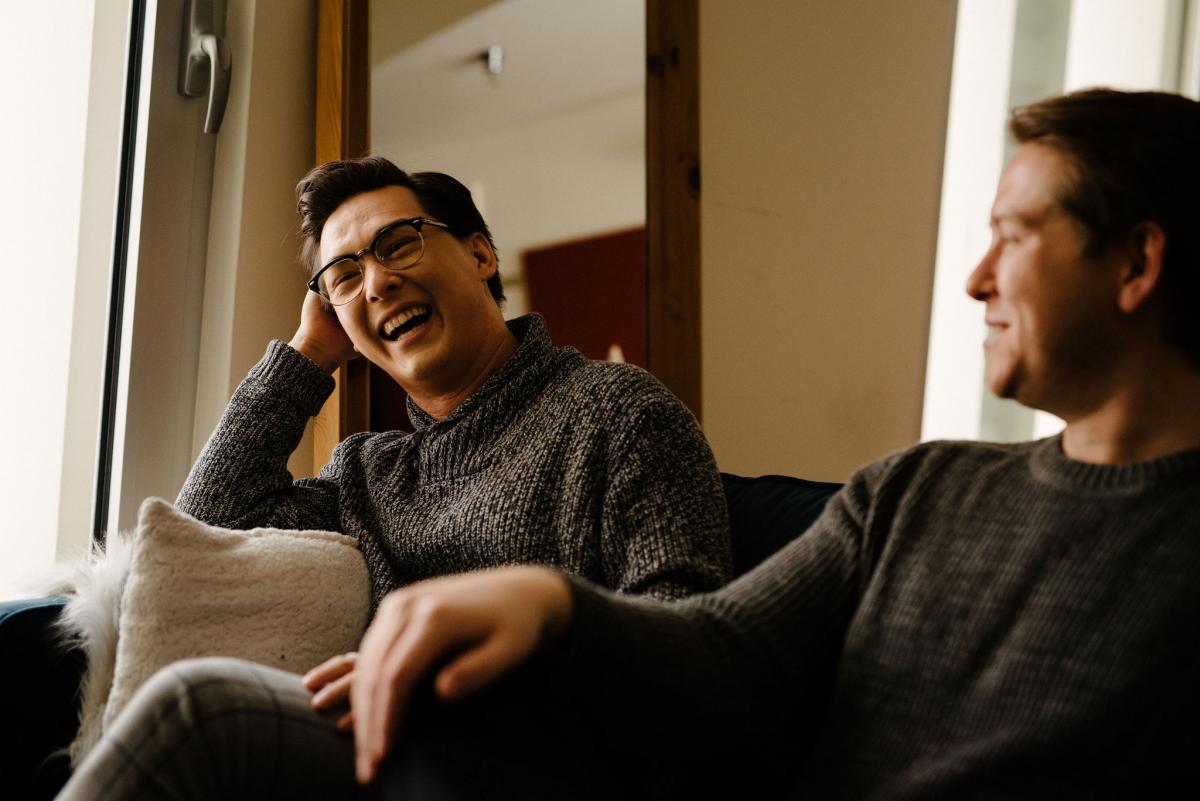 Next season, Spencer will begin a two-year residency with the Staatsoper Berlin Studio. In preparation for this new adventure, he is taking German classes with the financial support of the Atelier. Two years ago, he flew alone to Montreal, but this time, Spencer will relocate to the European continent with his fiancé, baritone Ian Burns. “The plan of moving there together makes the whole project less scary. After surviving a long-distance relationship, we’d like to finally make a home in the same city and in the same residence. Even if we’re not there together all the time, at least we have a space to share.”

But leaving Montreal doesn’t mean the end of Spencer’s involvement with Opéra de Montréal. “I really feel that I’m part of the company here. I’m not just a young artist who’s here to do my job and leave after two years. I hope in the future to still be able to grow with the company, and to be part of the company’s growth too. It feels like we’re going to be in contact for a long time!”