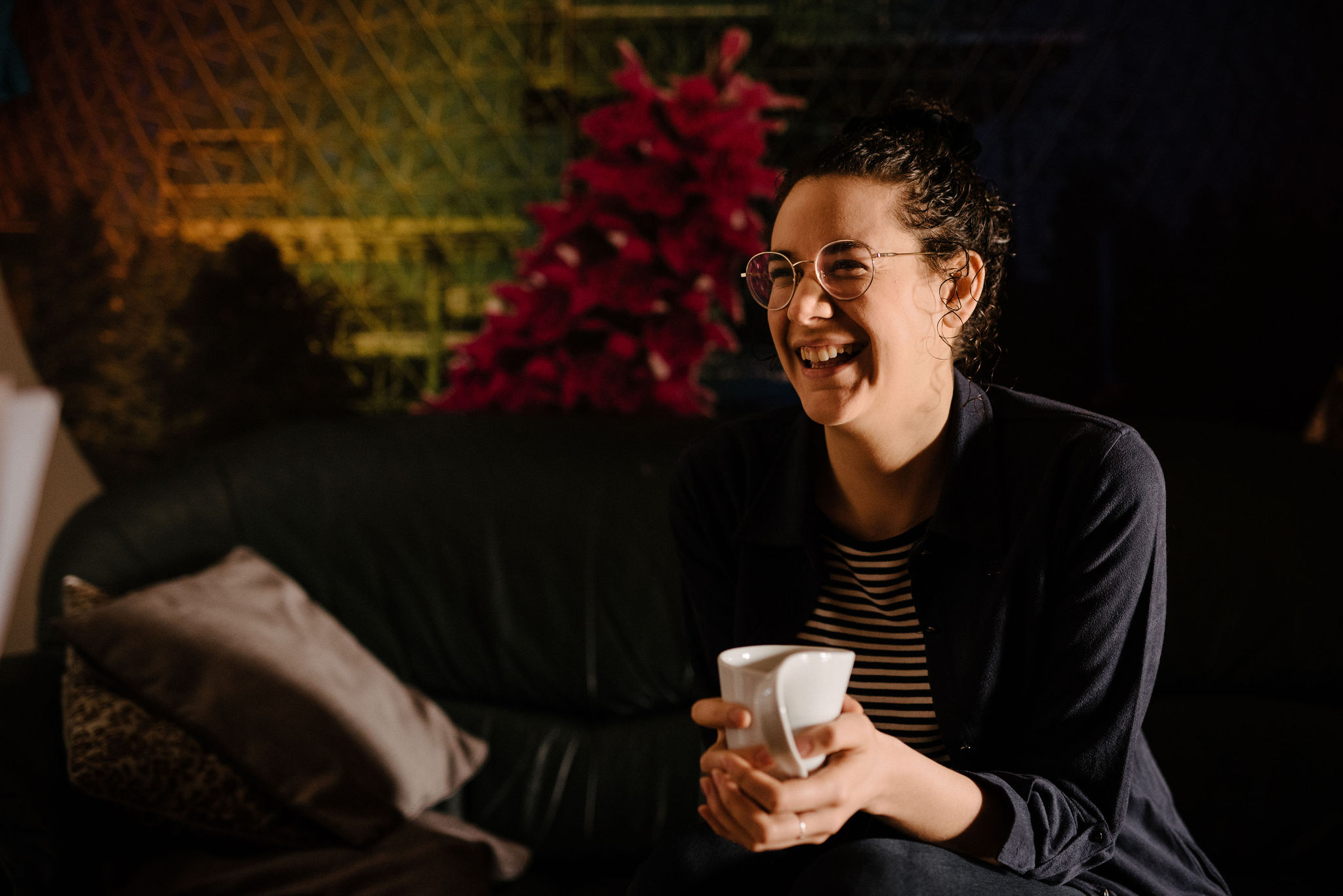 A curious, creative and sensitive artist, Rose is currently completing the third year of her journey with the Atelier. What is this tall young woman’ assessment of her experience? “I came here for a seal of approval from a major operatic institution. I found a family, a great deal of compassion, some tough questions, the time to find answers, and above all, artistic emancipation.”

Born in Montreal, the mezzo-soprano’s family background is impressively multicultural. Her mother was born in Egypt, her paternal grandmother is French, and her father moved between Germany and the United States before settling in Quebec. “A recurring theme, on both my mother’s and my father’s side, is this idea of roaming. I have always loved travel and I think my decision to become an opera singer concurs with this.” Not surprisingly, growing up hearing Arabic and German, Rose has cultivated a love and fascination for learning languages!

In 2017, like many opera singers she admires, Rose joined the Atelier with a thirst for approval. “For me, career advancement was about pleasing the right person who in turn was going to open doors.” But she quickly found herself amid evaluations and advice from many sources: “You’ll get feedback one week, and the next week it will address something completely different. I felt pulled in all directions. Being a curious person, if someone says, ‘We’re going this way,’ I’m all in! Because of this outlook, coming out of my first year I had lost any idea of where my centre was.”

It was during this turbulent period that Rose made the opportune acquaintance of Pierre Vachon, originator of the pedagogical and community projects coOpera and Yo’pera, now known as ET at the Opera. “My initial experience with these projects was singing for children. With an audience of kids, you’re brought back to essentials. They respond to sincerity and know if you’re singing with your true voice or if it’s fabricated. It was a first moment of, ‘Hey, do you know who you are? Because it’s not all that clear to these kids, so it can’t be that clear for you either.’”

At the end of her first year, Pierre Vachon offered Rose the unprecedented opportunity to explore pedagogy. He entrusted her with the responsibility of mounting an opera-writing course for young people struggling with mental health problems. Around the same time, Rose began taking voice lessons with Ariane Girard, who helped her find a sense of vocal equilibrium. “Just as I had finished the experience of deconstruction, I met both Pierre and Ariane. It couldn’t have come at a better time had it been scripted!” 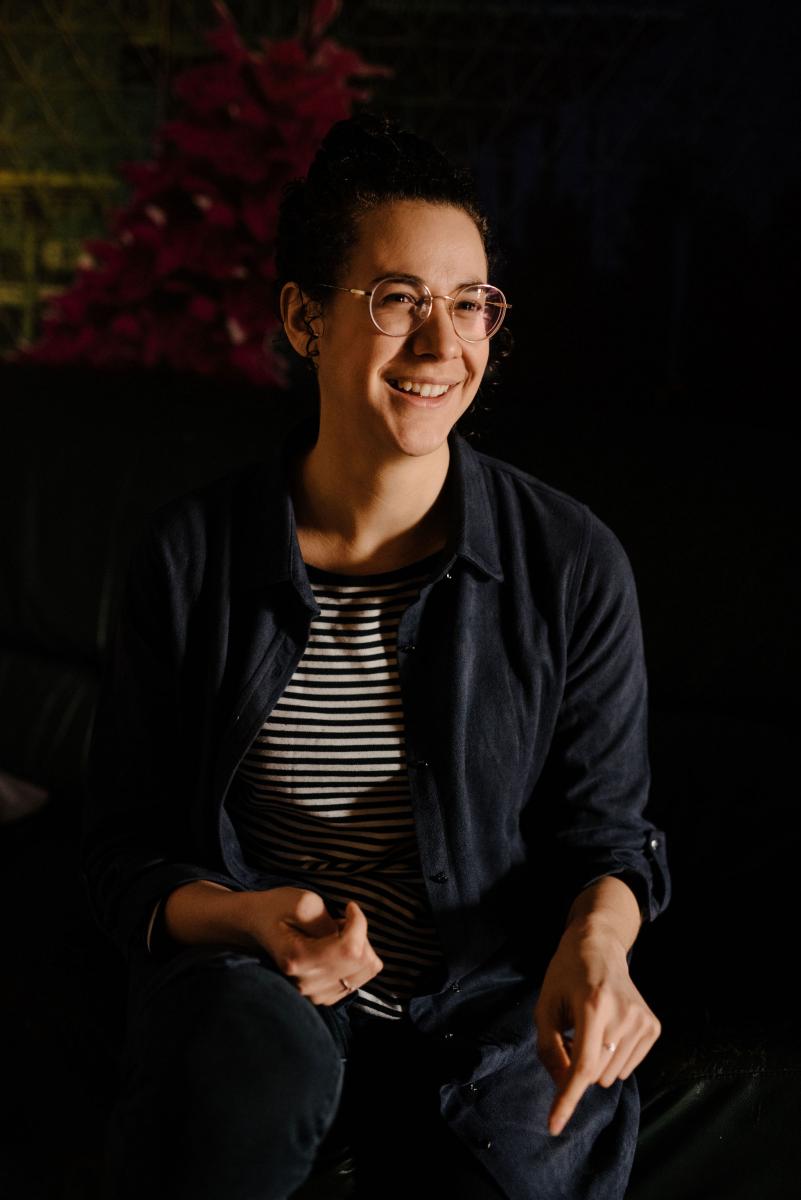 While an artist’s second year with the Atelier generally focusses on promotion, auditions and career development as a performer, for Rose it was a year of exploration and artistic self-affirmation. “I had a great team surrounding me and bolstering me, but I was still pretty fragile. I was not the radiant person I knew I could be.”

On this path to self-discovery, the workshops Rose gave in connection with Yo’pera were akin to an epiphany. “Teaching forced me to steady myself and understand exactly what it is I bring and what I can transmit. The process was truly therapeutic! It also enabled me to reconnect with the writing process and with teamwork.”

Since all aspects of opera are interconnected, through Yo’pera, Rose also made the acquaintance of composer Éric Champagne, who set one of her poems to music. The spark was lit. “I knew I wanted to put more energy into my writing. I started working with a band again, set goals for myself and reconnected with my integrity as an artist.” The Atelier encouraged her in her creative interests and assigned her the writing of a performance piece for children.

Also during her second year, by an uncanny turn of events, Rose performed the role of writer Gertrude Stein in the opera Twenty-Seven. “It’s really amazing: sometimes, whether you’re spiritual or not, all you need is a sign… Stein is known for the line A rose is a rose is a rose is a rose. And I had been questioning: Which Rose am I? That epitomizes my whole process that year. I had also just turned 27 when I performed in Twenty-Seven. Everything was aligned!”

After her two years in residence, the Atelier offered Rose an unexpected opportunity. “I had told Chantal [Lambert]] that a third year would really help me, but I knew that was impossible and I completely respected that. I had made my peace with it, but I think the idea continued to run through Chantal’s head. The entire team is very mindful of our evolution and of how far we have come.” The budget that was needed to offer Rose 11 additional weeks with the Atelier the following year was approved. That was an absolute blessing for Rose, who decided to strike out on her own in the fall before freely returning in January, on the strength of her autonomous experiences. “I appreciate the immense generosity of this gesture. Few programmes demonstrate this kind of dedication to their protégés. They care truly that the person coming out of the programme—not just the singer—is stronger than when they went in.” 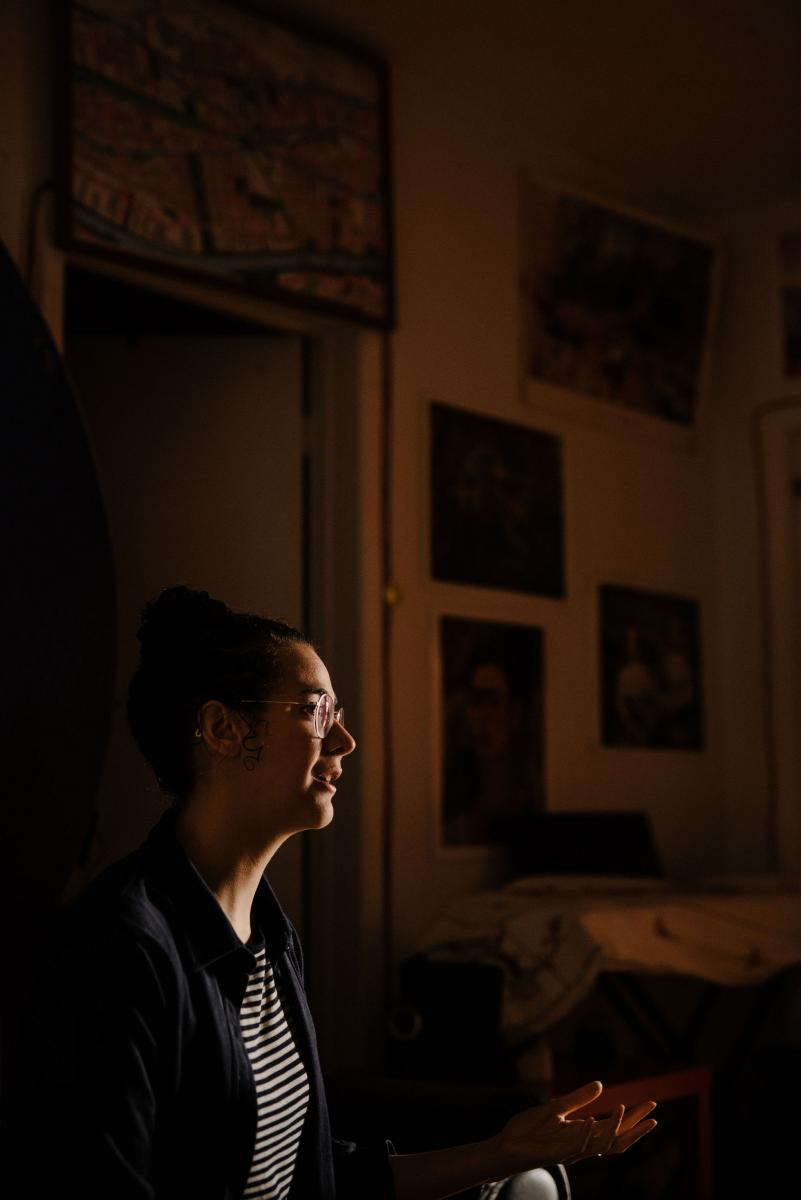 RECONCILING THE PERFORMER AND THE CREATOR

In her search for a special project for her return to the Atelier, the idea of ​​writing a song cycle in collaboration with Éric Champagne emerged. “The challenge was: how can I be a singer-songwriter who sings opera? I found Healing, the cycle of poems I wrote, really spoke to that.” She proposed to Champagne that they work on the music together as a team, which is certainly unorthodox practice in classical music. Since being on this project with Éric, I feel I have found my footing! I became an operatic singer-songwriter!” The poems in the cycle are made up of pieces of history that reflect Rose’s recent journey and her relationship to music, which has had to redefine itself over time. “I have grown a lot, the healing process is not over, but I am in a more peaceful place now.”

Emboldened by her time with the Atelier, this multi-talented artist has found ways for her creative drive to coexist with her work as a performer. Her projects bring together all the necessary parts that enable the complete and unified artist she is to flourish. “I need to be involved in teaching and have creative teams around me. I put a lot into my band, I teach, I’m writing a libretto and I want a career in opera. I’m just as ambitious as when I arrived, if not more! And today, I feel strong and equipped for a life full of adventures that measure up to my passions.”