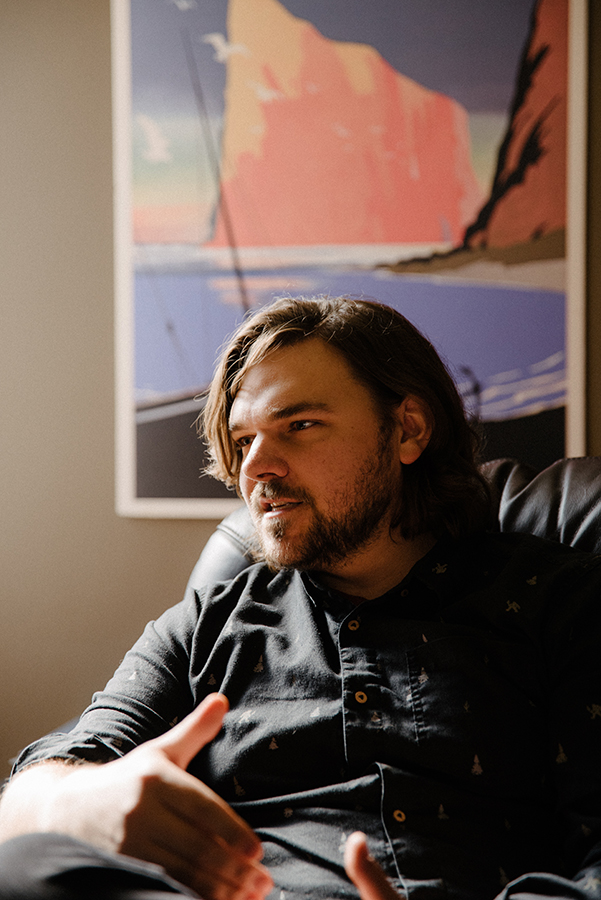 A native of Grande Prairie, Alberta, Matthew settled in Verdun along with his sweetheart Holly, in 2018, the same year Holly entered the Atelier lyrique de l’Opéra de Montréal as a collaborative pianist. The following year, Matthew followed suit and joined what was to become his operatic family

From the countryside to centre stage

The youngest of three children, Matthew grew up on a farm in Grande Prairie, Alberta, took an interest in science and aspired to be a teacher. The world of opera was a far cry from his rural reality, and he divided his time instead between video games, household chores and singing in a choir. “Where I grew up, it was standard to become involved in all kinds of activities, to play hockey and also to sing, just for fun. I was in a boy’s choir that may not have had the stature of some big city choirs, but it played an important role in my youth. It was my favourite place to be in the world! Seeing my friends, performing, I loved it. I didn’t have the best voice of them all, but sometimes I was given solos.”

It was only later, as he was moving toward a career in education, that Matthew began to consider the possibility of the stage. “I was enrolled in music classes and my first singing teacher told me that I would become an opera singer. I had never attended an opera in my life! I borrowed DVDs from the library, watched them as soon as I got home, and I was hooked. I told myself that if I did a Bachelor’s degree in classical singing, I could always go back to teaching later if I wanted to.”

But this “later” option never came to pass: as soon as he took his first steps toward a career in opera, all doors were open to him, as if this was the obvious path for him to be taking. 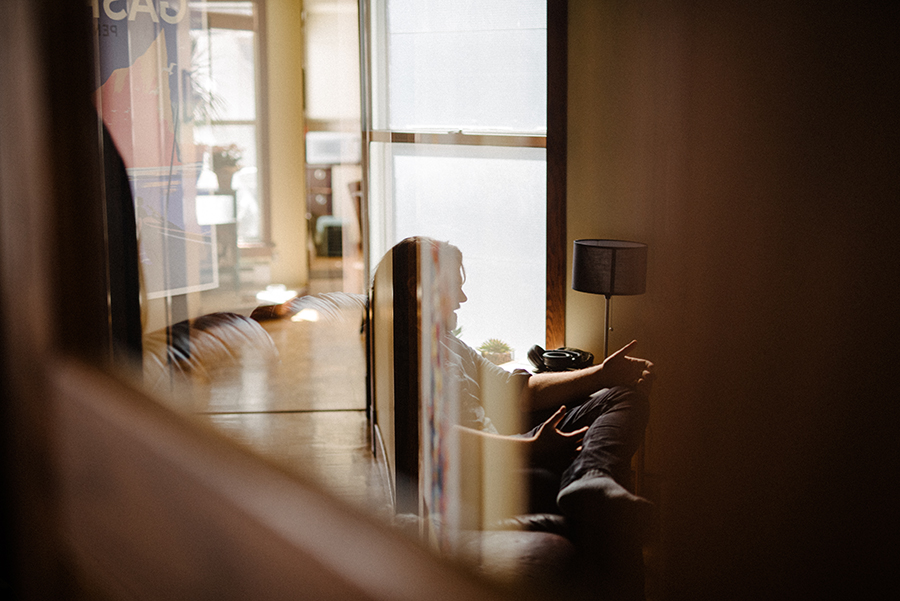 From Edmonton to Montreal: a musical and romantic duo

During his undergraduate studies in Edmonton, this fine tenor and sympathetic dreamer met the woman who would later become his wife. “Holly told me I should absolutely take the chamber music class with her, and we began working together. It took two years before she agreed to go out with me!” After that, their artistic development became intimately connected, as they moved to Toronto together to embark on their Master’s degrees, and subsequently, to Vancouver for a young artists’ program. “We were very fortunate to be able to stick together like that.” The couple finally landed in Montreal, possibly permanently. “I love our apartment, our patio… and now we have a dog!”

Developing as an artist and a human being

What sets the Atelier lyrique de l’Opéra de Montréal apart from other programs for young artists? “It’s the best place in Canada! What is special about the Opéra de Montréal, is that they give you a true opportunity to grow and improve, both as an artist and a person. It may be assumed that opera is just singing, but it’s deeply connected to our everyday feelings, how we see ourselves and perceive the world around us.” With Guillaume Dulude, young singers explore who they are and how they can succeed, in both their personal and professional lives. “Since we have a chance at the finest profession in the world, we need to be able to enjoy it! Otherwise, there are so many other things we could be doing…”

The Atelier’s caring guidance enables artists to develop the tools necessary for facing what is to come, confidently and autonomously. The entire team of teachers is made up of highly skilled, accommodating, and open-minded professionals. “I have met some amazing teachers and mentors, people who really care about developing our confidence and giving us the chance to believe in our abilities, resources and strengths.”

While he occasionally performs in recital, joined by his life partner, this singer experiences a particular thrill performing opera. “It’s an amazing sensation: going on stage and diving into such an intense state of concentration that it’s a bit like I’m disappearing behind what I’m doing. It’s both completely liberating and highly demanding. It’s simply the best way to tell a story. I love the connection with audiences, and I have missed that, lately.”

The Atelier during the pandemic

The second year for young artists is generally devoted to auditions, concerts, and benefitting from a maximum of visibility. For obvious reasons, COVID interfered with the program for graduates this past year. Despite it all, for Matthew, this was an unprecedented opportunity to get through the pandemic with the guidance of the Atelier. “I continue to receive a salary and had the opportunity to sing with an orchestra despite everything, something that many of my colleagues were not able to do. It was a chance for me to get used to that strange sound that resonates in my head when I am doing the right thing, and to realize that it is not always what I used to think was the best sound. One needs to have the chance to experiment in order to adjust. I was also fortunate to work with several conductors and none of my contracts were cancelled, they were all postponed. I am confident that they will move forward as soon as it’s possible!”

A positive look toward the future

A busy year lies ahead for Matthew as he prepares to leave the Atelier. “I am really lucky, not all singers can say that. My contracts are in Canada, so we plan on staying here.” Being displaced does not especially appeal to this tenor who holds his family values dearly. “If Holly or I get contracts that justify moving elsewhere, we will consider it, but I think for the time being it is entirely possible to travel for auditions and contracts while keeping our little nest in Montreal.” Even while this singer who dreams of performing Lensky in Eugene Onegin—and Rodolfo in La Bohème, concedes half-heartedly, for fear of a jinx—he knew that he could embrace a career in opera the day he visited one of his teachers at his home. “He had a successful career, and I saw that he also had a partner, four children, a dog, and a nice house. I thought to myself that that was even more than I needed to be happy!”

As he prepares to walk through the front door as he concludes his time at the Atelier with confidence and hope, this will not be Matthew’s final goodbye to the team that welcomed him with open arms. “I will miss everyone, but I know we will stay in touch. They are like family, so I’m sure we will see each other again!”