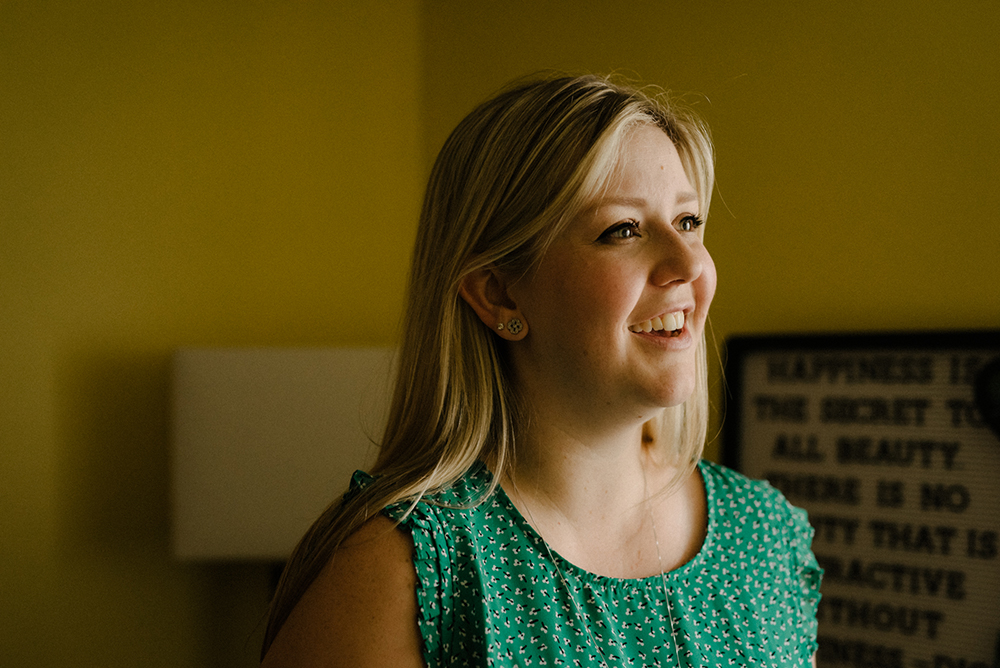 After studying music at McGill University and Université de Montréal, New Brunswick soprano Kirsten LeBlanc embarked on her residency with the Atelier lyrique de l’Opéra de Montréal in September 2019. Three years later, a full-fledged singer and artist has emerged, ready to make the big jump into the professional world. Here is a look back on a path that is anything but linear!

From the basketball court to the stage

As a youngster, nothing destined Kirsten to an operatic career, far from it. “I grew up in a world very disconnected from music,” relates the young woman. “I was a real tomboy and played a lot of sports. In my family, there are many engineers, scientists, entrepreneurs. Nobody makes music.”

How, then, did she come into contact with the arts world? Tentatively, through the back door. In high school musicals, she first took on the role of assistant director, before slowly but surely making her way under the spotlight. “First, I became a chorister, then decided I wanted to be a soloist and I asked my mother if I could take singing lessons. That was quite a surprise for her!”

After high school, Kirsten attended university in biology, while continuing to take singing lessons on the side. Her plan was to embrace a safe and stable existence as a pharmacist. “At that time, singing was a hobby, I could not have imagined making a career of it. But halfway into my undergraduate studies, I realized that even though I was good at science, I didn’t truly enjoy it.” Her singing teacher at the time, who taught at the same university, encouraged her to audition. “I was accepted, and I completed my two bachelor’s degrees simultaneously, in science and in music. I wouldn’t particularly recommend it!” she quips, laughing.

Seeking (and finding) her voice in Montreal

Her degrees in hand, the soprano left her native New Brunswick to settle in Montreal, where she completed a master’s in voice and an Artist Diploma at McGill University, followed by a doctorate at the Université de Montréal. “The first time I came here, I immediately took to the city,” she recalled. “Each neighbourhood is unique, its downtown area is lively, the Old Port reminds me of Europe… I like exploring every corner and I’m very comfortable here.”

Thus, throughout her academic career, she explored her adopted city … and her voice. “It was a bit of a tough ride. I searched myself a lot, my voice needed time to find itself. All the teachers I worked with pointed me in different directions. It was not until I arrived at the Atelier and worked with Ariane [Girard] that things became clear.”

Her new singing teacher turned her towards a repertoire she would never have imagined performing until then. “I spent a long time working on lighter repertoire, so it was unnerving to hear names like Verdi and Wagner come out of her mouth. I’m not necessarily there yet, but that is where I’m headed. The arias she proposes match my voice perfectly. It’s a no-brainer.” 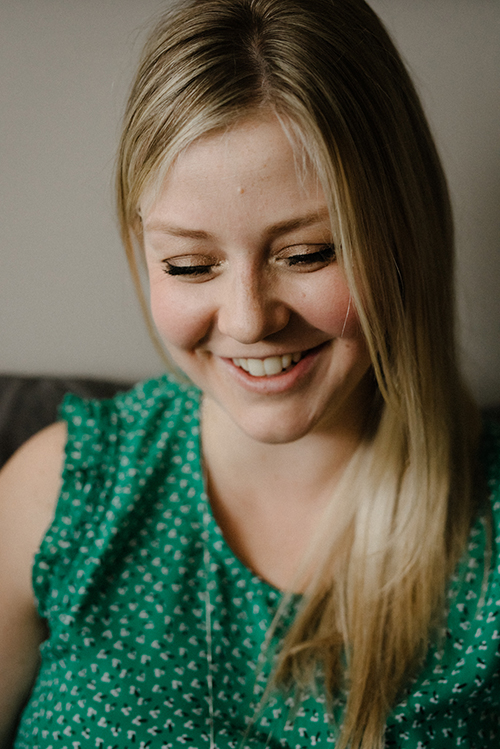 Finding her own way

When she began with the Atelier lyrique, Kirsten was 29 years old. While there is no single model trajectory that leads to an operatic career, this soprano must, nevertheless, fully assume the path she took.

“We often have in mind these young, pretty sopranos starting their careers in their early or mid-twenties. But I learned that such people are exceptions, not the rule. My path was different. My voice is bigger, it needs more time to develop, and that’s okay too. I think that’s the most important thing I learned with Ariane: patience. By taking the time we need, we get where we are bound to go.”

The Atelier lyrique: an ideal transition to professional life

During the time it took for Kirsten to make the shift from a model student who wants to please and earn good grades to an independent professional singer, the Atelier lyrique provided her with the perfect transitional experience. “When I arrived, Marie-Eve Scarfone, who was the head vocal coach at the time, said to me, ‘My goal with you is for you to stop being a student and start being an artist.’ When you’re in school, your goal is to succeed rather than create something. Here, I explored what it is I had to say and why I wanted to sing.”

Within the nurturing framework provided by the Atelier lyrique, this soprano learned about who she is—as a singer, to be sure—but also as a human being and artist. “We don’t just work on technique, it’s very comprehensive. When I got here, I expected the focus to be mainly on performance and stage experience. Those are obviously important, but I was surprised by all the room allotted to introspective work.”

Kirsten’s time with the Atelier was affected by the COVID-19 pandemic, which certainly derailed all plans in the performing arts. Consequently, in the spring of 2022, she concluded her journey with the role of the 2nd Lady in the production of Mozart’s The Magic Flute, planned for her first year of residency, but which had to be postponed twice.

“It was surreal! I reconnected on stage with people who were with me at the Atelier when I started, and it was great to sing with them again. It felt a bit like the last two years hadn’t really gone by! At the same time, I certainly would not have sung my role the same way two years ago. I am much more comfortable in my mid-range now.” 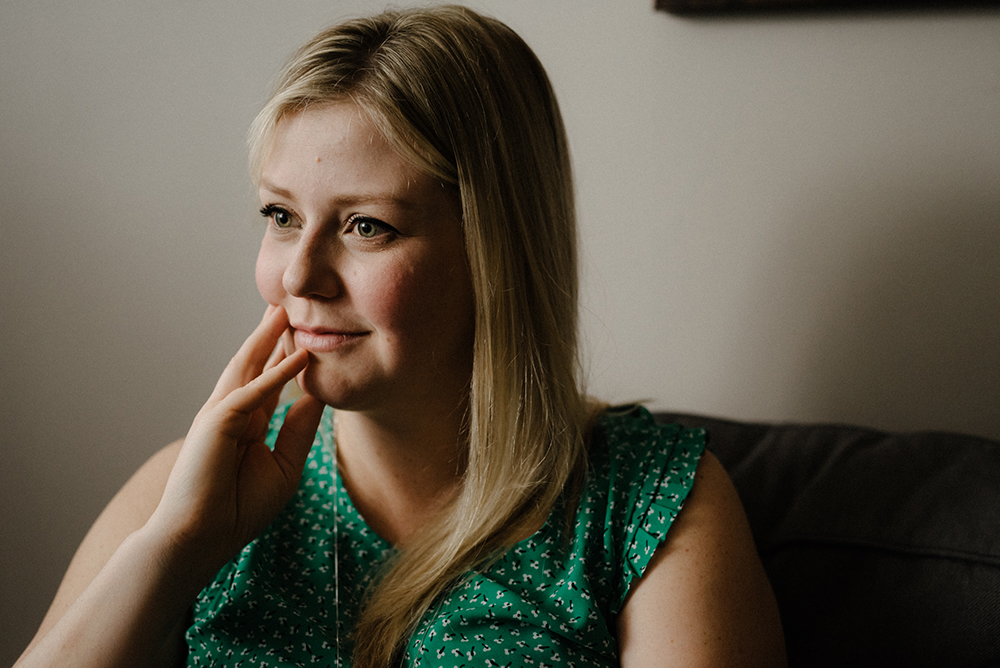 Discovering that our limits are far less than we believe helps to increase our confidence and self-assurance. For Kirsten, this revelation came with the concert Enfers des lumières, presented in collaboration with the Orchestre de l’Agora. The performance demanded that she tackle the French Baroque repertoire, with which she felt relatively unfamiliar and insecure.

“I was sure I wasn’t going to be able to do it,” she remembers. “In the end, not only was I able to do it, but I also really enjoyed it! I saw that I had grown a lot as an artist, that I had become more autonomous and that I had developed good tools. It was a milestone for me.”

This fall, Kirsten won’t be straying too far from the main Montreal stage, since she is cast in Verdi’s opera Il Trovatore. “My first experience when I began with the Atelier was as Nicole Car’s understudy in Eugene Onegin. This time, I’ll be sharing the stage with her. It’s a nice nod to my time here. I’ve come full circle!”

After that, she will answer the call that beckons from Europe, and vows to spend time in Germany, where she feels an artistic kinship. “They put on more non-mainstream productions, a lot of repertoire that we don’t necessarily present here. I am currently trying to raise the necessary funds to travel there and audition.”

Her roots remain, however, in Montreal, now her home. “My network is here. I will continue my work with Ariane, and it is certain that I will remain in contact with the Atelier. For the rest, I am open to whatever comes my way!”