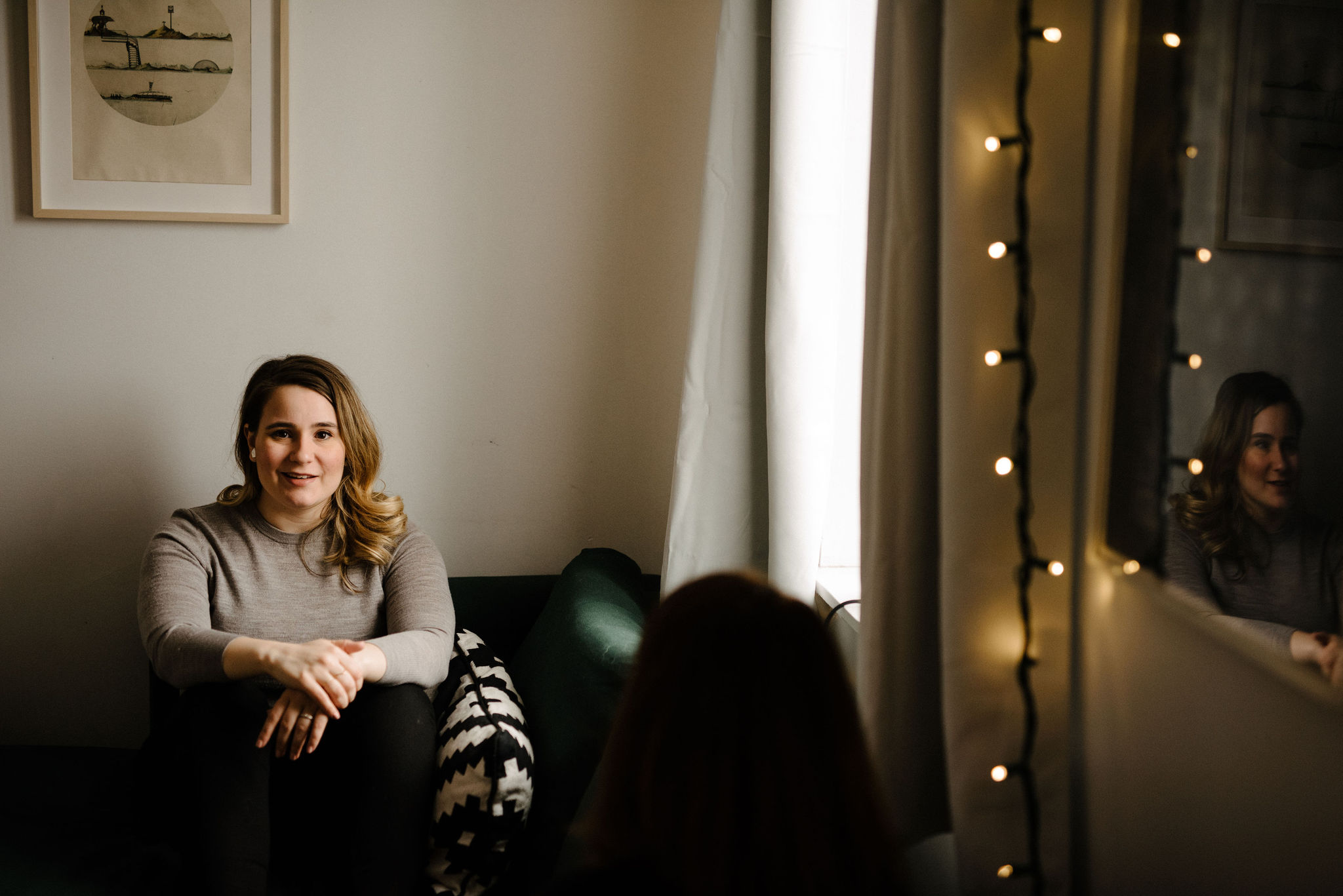 In the fall of 2018, with her husband Jesse and dog Darcy in tow, soprano Elizabeth Polese moved to Montreal to begin her adventure with the Atelier lyrique de l’Opéra de Montréal. The whole family travelled from Toronto to make their new home in a city they quickly embraced.

STEPPING BACK TO MOVE FOWARD BETTER

Already at age 6, little Elizabeth’s enthusiasm for singing was more than apparent in the classroom. Her teacher handed her mother a leaflet on the Toronto Children’s Chorus, strongly encouraging her to enroll her young daughter, which she did. That was the point at which Elizabeth entered once and for all in the orbit of classical music. “It taught me a lot. Everything about music, I pretty much learned in those early years.” A few piano and singing lessons later, she made a foray into musical theatre before engaging with classical singing. It was love at first blush. “When I decided to focus on opera, it was all I ever wanted to do!”

After completing her studies at the University of Toronto, Elizabeth paused to steady herself before pursuing her professional ambitions more actively. Teaching played a major role in her life; she completed a few pedagogy courses and was also married. “I had to live and work, in order to be able to do music. It’s important to find balance in life. I like to think that I’m grounded.” It was during her residency with the Rebanks Family Fellowship at the Glenn Gould School and Royal Conservatory of Music that she realized she was ready to move forward. “I love music, I love singing and I can’t really picture myself doing anything else. So, it was now or never!”  The Atelier seemed like the most logical and straightforward answer for this vocal performer. “I knew other singers who had done the Atelier, friends, and had witnessed how far they had progressed. And they came out the other side very happy. I just felt it was a good fit for me.” 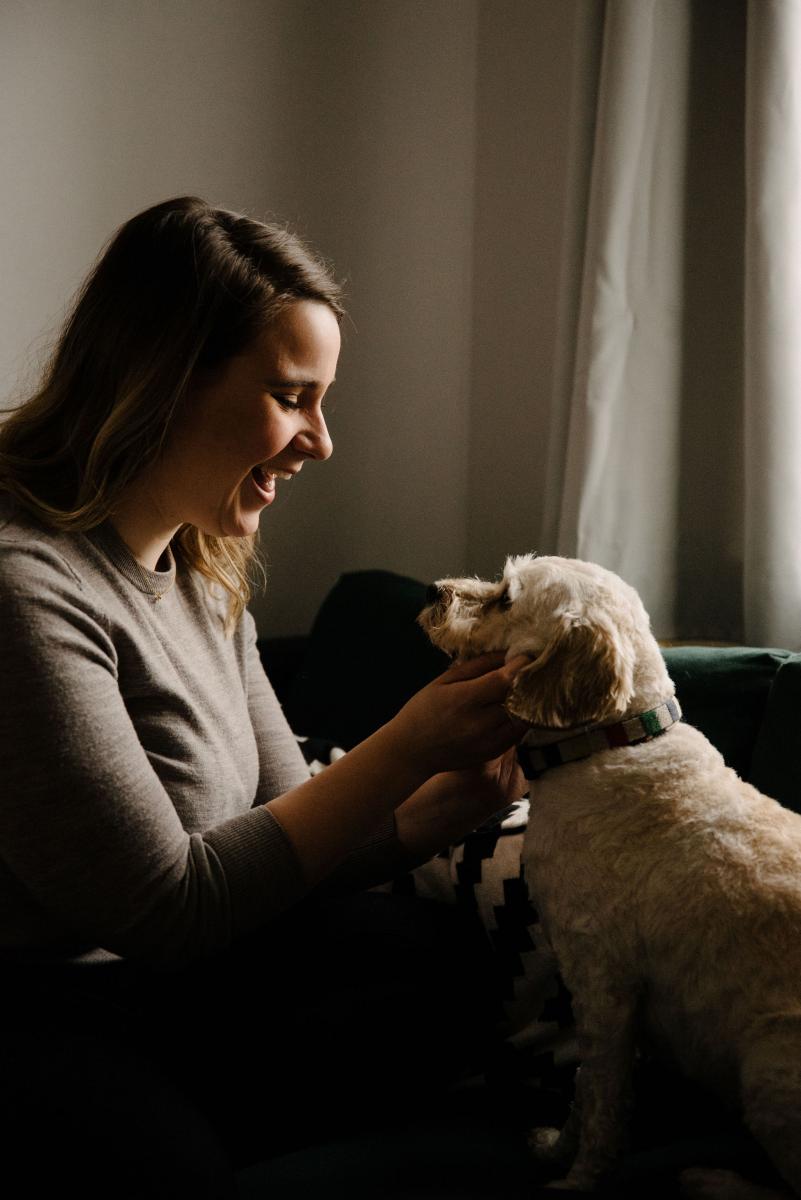 Whether opera, chamber music, art songs, contemporary works or oratorios, Elizabeth relishes Music with a capital “M” and is eager to cover all bases. In her first meeting with Chantal Lambert and Marie-Eve Scarfone, “I expressed to them upon entering the Atelier, ‘just give me music, just give me things to sing, I want to do it all!’ I want to be seen as a well-rounded musician—not just an opera singer, even if I love opera. Singing in recital is just the best!” The Atelier immediately backed her, offering her the opportunity to take part in a range of highly diverse projects. “They really want the best for us. They say, ‘This is who we are working with, how can we take them higher, further.’ I think their approach is to highlight someone’s greatest qualities and build them up. And to give them all the support they need to just go where they need to go.”

The environment at the Opéra de Montréal strongly nurtures this kind of development. Since the Atelier’s headquarters are physically integrated in the opera house, everyone knows everyone else and enjoys friendly collaboration. “If I go to see Patrick [Corrigan], Michel [Beaulac] or anyone in the company, they will sit down with me and say, ‘You have a question? Yeah, let’s hear it!’ Or they will refer you to the person who can help. I know the woman who signs my cheques, I know the people in the marketing office. It creates a nice community. As a young artist, it really helps to feel that I’m not alone.”

In addition to vocal work, training and networking, part of the Atelier’s skills-training is devoted to the psychology of performance. “Working with Guillaume Dulude this year was truly an eye-opener. It helped in both my personal and working life and to draw connections between the two. I see how the work I do on my self-esteem in my daily life actually affects who I am as a musician.” Her first meeting with singing teacher Ariane Girard was also a pivotal experience. “She is a person with empathy. She understood my voice and envisioned a very clear trajectory from the beginning.”

Last December, the soprano’s talents were showcased in a performance of Dvorak’s Mass in D major by the Orchestre Métropolitain and Chorus, in which she sang Rejoice in the Lamb and other Christmas carols under the direction of Yannick Nézet-Séguin. “I have never been that nervous singing a Christmas Carol in my whole life! (laughs).”

Elizabeth was also able to fulfill her advocacy of contemporary music with her role in George Benjamin’s intensely complex Written on Skin. “When I became aware that we were doing this opera, I knew I needed to be a part of it.” She quickly proposed to study the role of Agnès. “Magali [Simard-Galdès] is just fantastic. I learned a lot just from watching her, she’s a beautiful genius and an incredible musician. It was also very exciting to work under conductor Nicole Paiement. Working with women is also important to me.” Previously convinced that she was “unable to sing bel canto,” Elizabeth got the chance to overcome those insecurities in a superbly validating performance of the Cabaret Bel Canto concert in collaboration with the Orchestre de l’Agora. “The project showed me a lot about my voice, about my capability, about my self-confidence. I had a great time! And I think I did a really good job!” Elizabeth will soon be donning Papagena’s costumes in the Opéra de Montréal’s upcoming The Magic Flute, a production she has long admired. “I’ve watched it on YouTube for the last five years. It’s such a thrill to finally be part of it!” [Editor’s note: this interview took place before the COVID-19 crisis requiring all artistic events to be cancelled.]

A FUTUR OF MANY POSSIBILITIES

Although she has no definite career plan, this soprano who dreams of singing in Stravinsky’s The Rake’s Progress has certain goals, post-Atelier. “I simply want to work with people who are curious about and love music and who want to challenge themselves. I think I just want to do everything!” And to maintain the fine balance between the personal and professional spheres of her life, in the upcoming year she will continue to be based in Montreal. “My husband found a new job here, it’s such a great city to live in, and there’s so many dog parks in this neighbourhood too.” Lucky Darcy! Elizabeth lives close to the Atelier and feels fortunate to rely on Chantal and Marie-Ève, whose doors are always open to her. “I really have a good relationship with them. I feel that if I need some inspiration or advice, I can always go see them. When I conclude my residency, I know it won’t be the end of my relationship with the Atelier.”