La beauté du monde: For the Safeguarding of Art 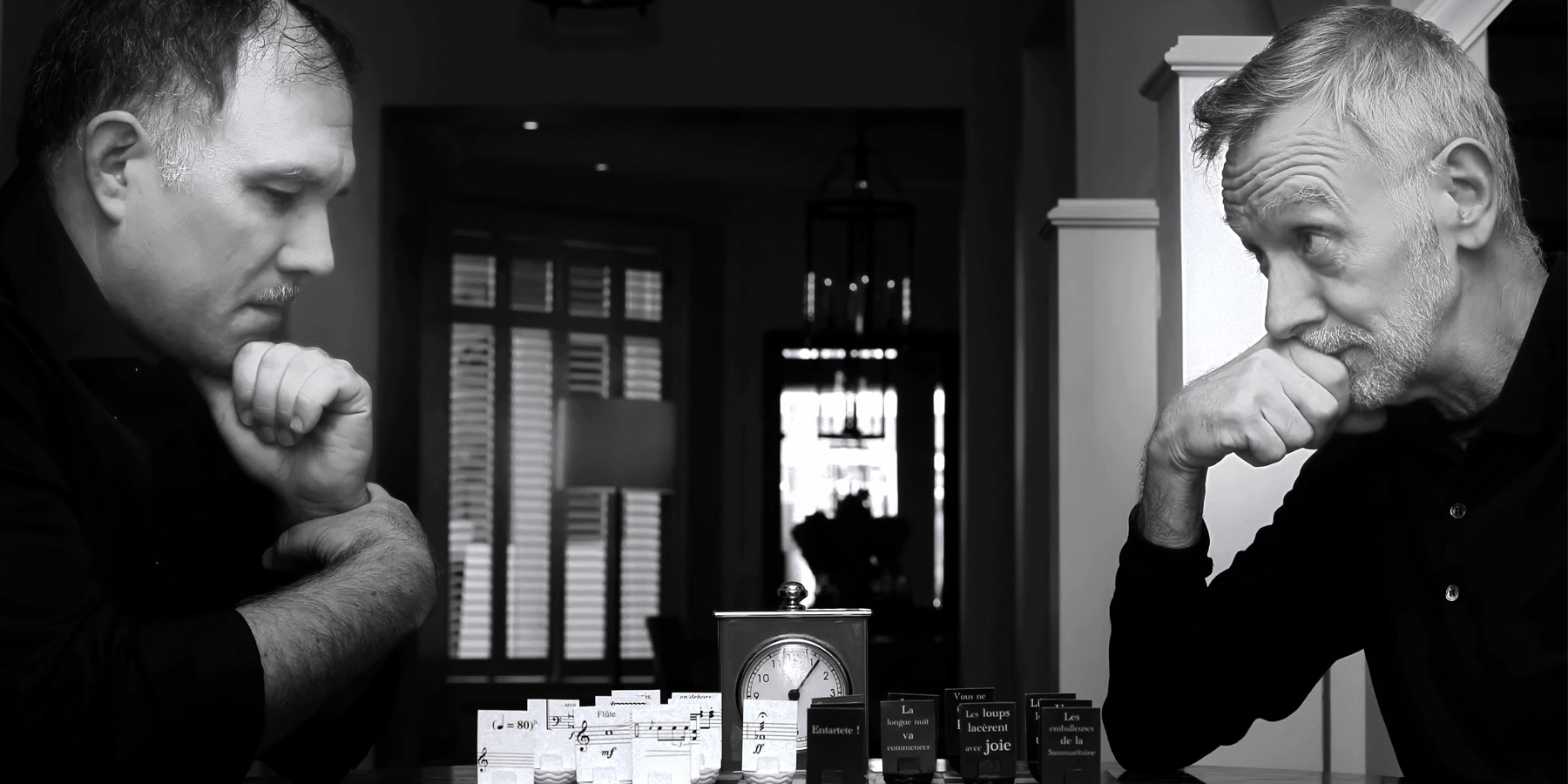 Let us travel back to the days of World War II, when, along with all the human tragedy, another massacre was taking place: that of artwork squandered, stolen, and destroyed under the ideology of the Nazis. From the seasoned pen of Michel Marc Bouchard, with vibrantly textural music by Julien Bilodeau, comes the opera La beauté du monde, bearing a message that still resonates today, reminding us of the importance of those who contribute to the safeguarding and preservation of art.

We spoke to the two major creative artists, who have joined forces to tell us this story.

When History and Current Events Collide

The idea for La beauté du monde came from Michel Marc Bouchard, soon after his experience with Les Feluettes at the Opéra de Montréal.

“Creative endeavours are sometimes born of coincidence,” he says. “It was at a time when a series of archaeological and heritage sites were being destroyed—like the ransacking of the Bagdad Museum, the Temple of Bel, the destruction of Aleppo, and the library in Mosul. I came across a documentary on Jacques Jaujard, who had helped save the Louvre’s art during the Second World War, and I thought to myself, this is the stuff of opera.”

At the same time, artistic director Michel Beaulac asked him if he had any ideas to submit for another new work at the Opéra de Montréal. It didn’t take much more than that for the project to fall into place, with composer Julien Bilodeau soon joining the adventure.

A Second Opera… a Baptism

While they are both collaborating with the Opéra de Montréal for a second time, Julien Bilodeau and Michel Marc Bouchard are undergoing a whole new experience with La beauté du monde, creating the work from completely original material. With Les Feluettes, the librettist had adapted his own play for the opera stage, while the composer had transposed an album by Pink Floyd for Another Brick in the Wall.

“As everything was invented from scratch, I see this opera as a great birth,” says the composer, who has discovered a true passion for vocal writing. “It was quite a challenge to set so many words to music, compared to the much more succinct libretto for Another Brick in the Wall.”

From Theatre to Opera

In developing his opera libretto, Michel Marc Bouchard drew on the musicality of words. “As an author, it’s extraordinary to be able to explore the lyrical dimension of one’s work. Writing for theatre and writing for opera require very different approaches. In theatre, the word is action, while in opera, the music is action. For opera, I rely much more on the poet within me. While theatre reproduces oral character, I choose my words for opera based on their sound.”

To adapt to the medium, the playwright found his own musicality in the words, in their rhythms, and in the different way of constructing sentences. “Some of my characters express themselves with fewer syllables, while others spread out more. Then, I put my trust into the composer! In opera, he is the artist who reigns supreme. I’m here to deliver a clear and precise proposal that he will then develop through his music.” 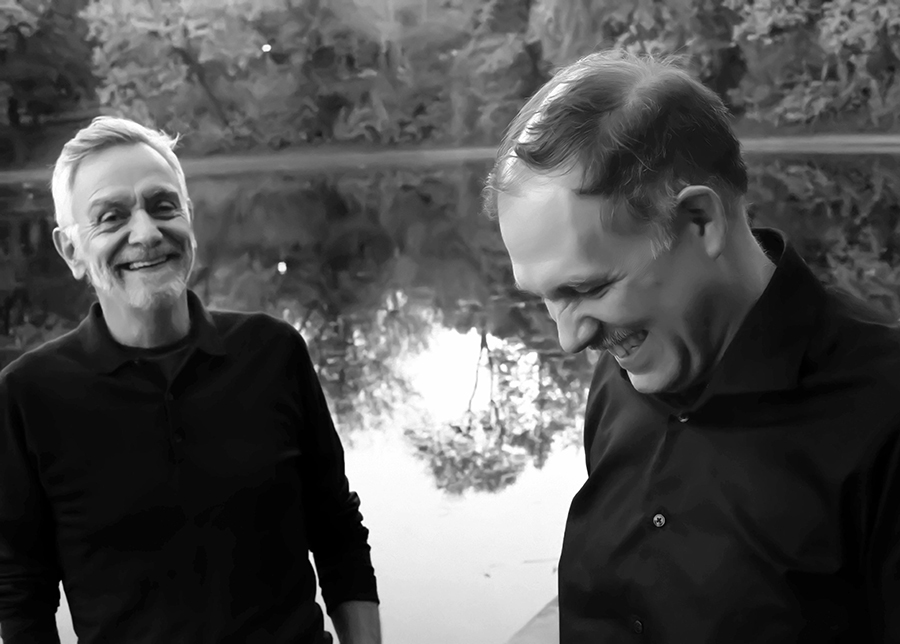 Composing, Inspired by Words and an Era

The musicality of the author’s text greatly simplified Julien Bilodeau’s work. “It’s so well constructed! From the very first reading, I had shivers,” he recalls. “Michel Marc was careful to tailor his pen to a specific metric, which made my prosody much easier. The text could be adapted to music in a very natural way.”

Before sitting down to begin composing, the musician first immersed himself in the context of the era. “The setting is Paris in the 1940s; so, I read up on the composers from that time: banned or censored composers, those picked up by the regime, those of the resistance. I listened to their music, I lived in it, and it comes through the work’s aesthetics.”

How does he describe his musical style? “I have always written a great deal for orchestra, so, obviously, the orchestral contribution is always very significant, very replete. I work a lot with melodic lines, textures, and colours. Harmonically, there is always a tonal anchor point that serves as a base, but there is a lot of spice above the mooring. One could describe my music as being in line with Britten, with a French touch, notably in the orchestration of the woodwinds.”

His use of an orchestral chorus, placed in the orchestra pit and treated as a section of the orchestra, is also reminiscent of Ravel’s Daphnis et Chloé or Debussy’s Sirènes.

A Smooth and Enriching Collaboration

In meeting each other, the two artists laid the foundations for a solid creative team. So much so that, after having written La beauté du monde, the pair has kept going by collaborating on another new opera, La Reine-Garçon, which will see the light of day before audiences in 2024.

“I’ve found a kindred spirit, there’s no doubt,” says Julien Bilodeau. “We have managed to establish a common vocabulary, we’re able to talk to each other without being on the defensive, and we’re open to each other’s comments and criticism,” adds Michel Marc Bouchard.

“Collaboration is what fires me up most when it comes to opera,” states the composer. “The deepening of artistic relationships, like the one I have with Michel Marc, is so invaluable. For a composer who is used to working alone, there is a lot of light in it.”

Throughout the process, the two creative artists were supported by the experience and external perspective of Michel Beaulac, Artistic Director of the Opéra de Montréal. “Michel is totally dedicated to this project. He is putting his whole heart into it,” states Michel Marc Bouchard. “He’s able to shine a light in the right places to guide us,” adds Julien Bilodeau. “He is at once a screen, a lightning rod, a compass, and a beacon that allows us to align ourselves and realign ourselves in our work. It’s quite extraordinary.”

After two pandemic-related postponements, the curtain is finally getting ready to rise on the work, which was originally to be performed in Théâtre Maisonneuve in a desire to remain close to the audience. On the stage of Salle Wilfrid-Pelletier, the grandiose fresco will be given the opportunity to truly come to life, exhibiting all the passion, generosity, and love of its two seasoned creators. Come let them move you as they tell this story of heroic destinies… and of tragedies that remain at our doorstep even today.