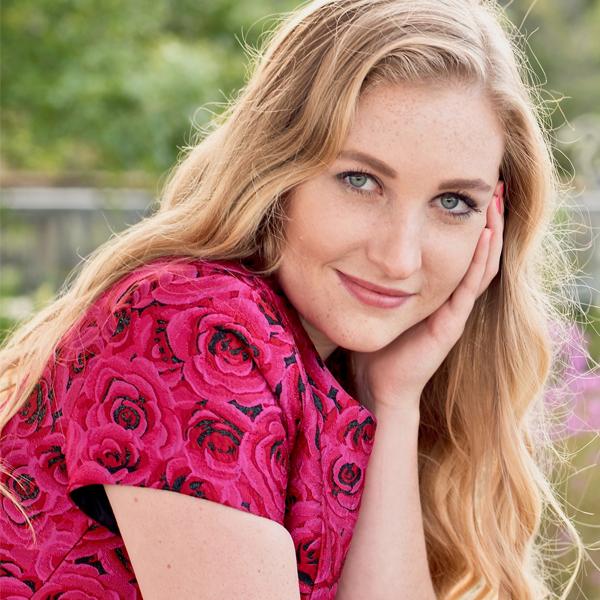 Raised in beautiful Niagara Falls and currently based in Montreal, Sarah Dufresne is a Canadian soprano known for her clarity of tone, rapid coloratura, and diverse repertoire. She is currently a first-year resident artist at the Atelier lyrique de l’Opéra de Montréal.

Recently praised for her vocal technique and ease on stage, Sarah has felt compelled to express herself vocally for as long as she can remember. Her varied repertoire includes Tytania in Britten’s A Midsummer Night’s Dream, Mrs. Fiorentino in Kurt Weill’s Street Scene, and Galatea in Handel’s Acis and Galatea.

Her burning need to creatively express herself has propelled her development as a multidisciplinary artist. She has found one artistic outlet in directing, where she channels her passion for building a show from the ground up. Recent projects include a new production of Leonard Bernstein’s Trouble in Tahiti and Rita by Donizetti. Sarah dreams of reimagining more operas in the future and giving them a modern twist!

This passion for innovation is exemplified in her recent collaboration with Against the Grain Theater at the Banff Centre for Arts and Creativity. While there, she performed in a production that immersed the audience in the operatic world through a murder-mystery conceptual experience. She is thrilled by any opportunity to introduce opera to modern audiences and make it relevant to their present-day lives.

Her technique and ease on stage allow her to perform with leading operatic companies and symphony orchestras, including Against the Grain Theatre, Waterloo Chamber Players, Grand Philharmonic Choir of Kitchener Waterloo, Opera McGill, and Halifax Summer Opera. Sarah has also completed a residency at the Banff Centre for Arts and Creativity, an internship at the Lachine International Vocal Academy, the Stratford Summer Music Program, and the Scuola Giovanni Grasso.

Sarah recently participated in the Talent 2019 Gala at the Opéra de Montréal where she was awarded the top prize of Stingray Music Rising Star. In 2019, Sarah was an award winner at the Metropolitan Opera National Council Auditions (Buffalo/Toronto) and earned the prestigious Jacqueline Desmarais Grant for Young Canadian Opera Singers.