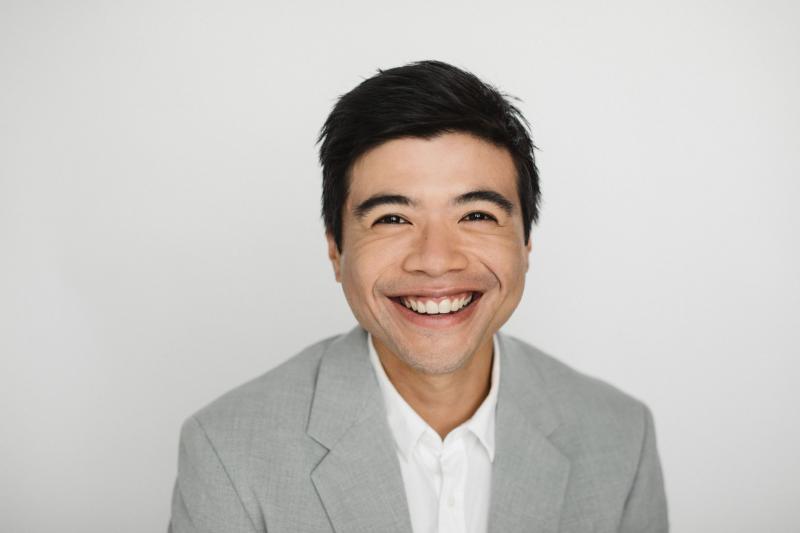 Toronto-born tenor Mishael Eusebio is often described as a charismatic performer who brings positivity and energy into every project. He recently received his master’s degree from the University of Cincinnati College-Conservatory of Music (CCM).

Mishael’s background in acting and directing, and his refined musicianship allow him to offer unique interpretations of the standard repertoire while remaining an avid interpreter of new music. He recently played the Navigator and Manoj in A Space of Sky with the Houston Grand Opera co. workshop, Brighella in Ariadne auf Naxos with CCM Opera, and Nemorino as part of CCM’s Fall Scenes Gala. He also created roles for several small new operas as part of the Juilliard Opera-Composer Collaborative Project, debuting at the National Sawdust in Brooklyn. Eusebio is the recipient of the 2019 John C. Erskine Prize, the Encouragement Award at the 2020 Metropolitan Opera District Auditions, and he was a finalist at the 2020 National Opera Association Competition.

Having spent around one third of his life in three different countries, Mishael’s approach to art as a means to give voice to social issues is substantially influenced by his international worldview. He has found great fulfillment in commissioning composers Nathan Shreve and Jay Mobley and collaborating on the creation of On the evenings of November and Songs of our Mothers, as a means to bring out unspoken narratives of isolation and self-discovery from different cultural backgrounds. While completing his bachelor’s degree at The Juilliard School, Eusebio led an outreach performance ensemble connecting with hospitals, community centres and hospices across New York city. In his spare time, he indulges in photography and studying languages, of which he already speaks four.