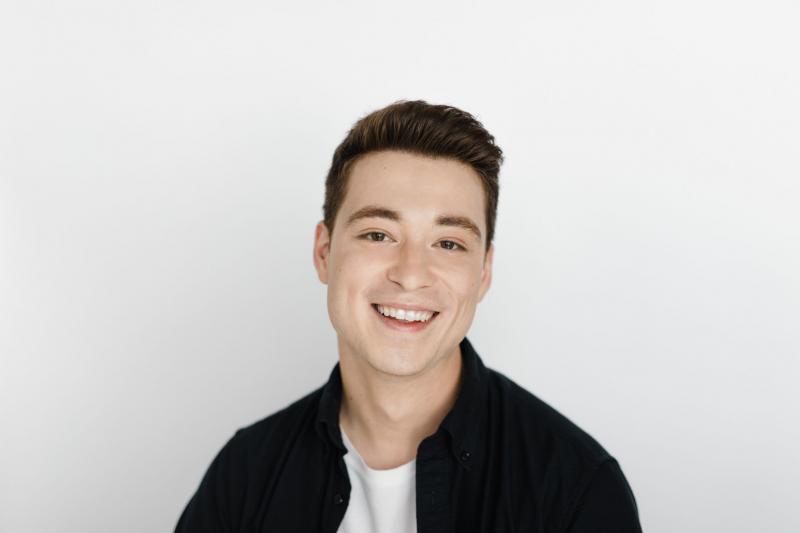 Tenor Marc-Antoine Brûlé was born in Victoriaville, Quebec. An elite baseball player in his adolescence, in his college years he finally devoted himself to his greatest passion: opera singing.

Curious by nature, Marc-Antoine explored various channels of expression during his studies at the Conservatoire and Université de Montréal. He has composed and written texts, accompanying himself on the guitar or piano. Supported by his versatility, he seeks to constantly renew his repertoire and to hone his interest in performing new music. He has recently performed works by Canadian composers including Éric Champagne, Benjamin Sajo and Mathilde Côté. Other opera roles include Eisenstein (Die Fledermaus, Strauss), Prince Charming (Cendrillon, Massenet), and Pluto (Orphée aux enfers by Jacques Offenbach). Last November, he appeared in The Mixtape, the first concert bringing together the Orchestre Métropolitain and Atelier lyrique de l’Opéra de Montréal at Salle Wilfrid-Pelletier.

Last July, he performed the role of Camille de Coutançon in a production of La veuve joyeuse (The Merry Widow) at the Festival d’Opéra de Québec. This production will tour across Canada in October 2022 and April 2023 with Jeunesses Musicales Canada.

Interpersonal relationships are the core of Marc-Antoine’s artistic practice; consequently, he seeks to build lasting connections with collaborators. He has sung at the Opéra de Montréal, the Opéra de Québec, as well as at the Rendez-vous musical de Laterrière, among others. Marc-Antoine has enjoyed his training with Ariane Girard, Adrienne Savoie, Liz Upchurch, John Tessier, Richard Margison and Lena Hellström-Färnlöf.

In the final round of auditions of the Atelier lyrique de l’Opéra de Montréal in 2020, Marc-Antoine received the Stingray Rising Star Award. He has been awarded grants from the JM Canada and Desjardins foundations and was a candidate for the Governor General of Canada’s Medal.