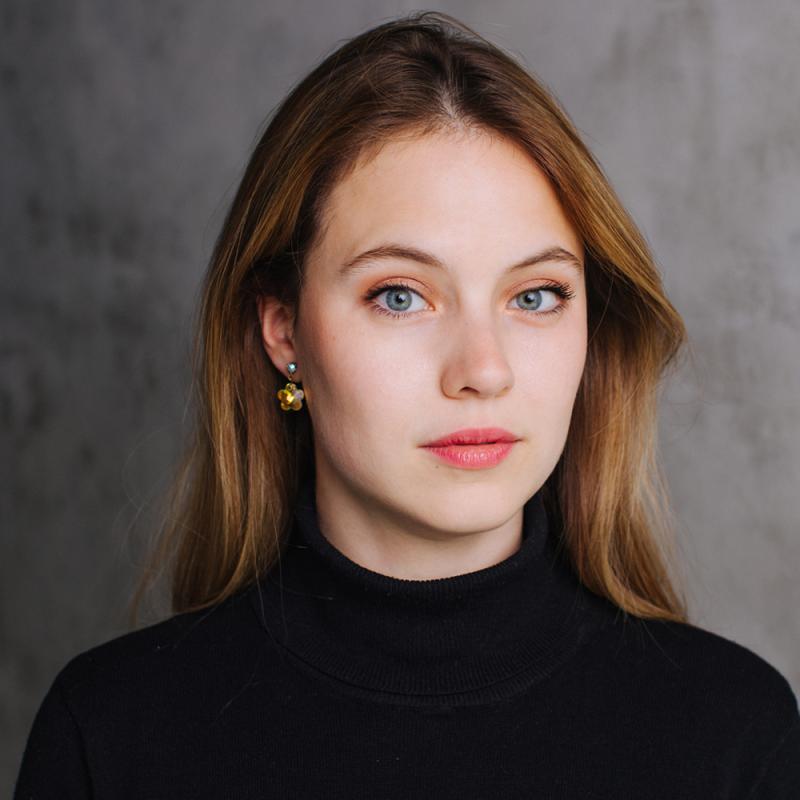 Emma Fekete is a versatile performer who enjoys a budding career on both sides of the ocean. Originally from Val-d’Or, Emma has spent the last five years studying and working in Amsterdam, the Netherlands. She is very excited to return to Montréal to join the Atelier lyrique.

Highlights of the 2021-2022 season include opening for Matthias Goerne at Muziekgebouw aan ‘t IJ, a last minute replacement in the role of Cécile in Les Liaisons dangereuses with Theater Orchester Biel Solothurn and performing in West Side Story - Live in Concert with the Netherlands Philharmonic Orchestra at the Amsterdam Concertgebouw. Emma made her professional opera debut as Cécile in the world-premiere Dangerous Liaisons with OPERA2DAY in 2019 and was invited back the following season as Madeline in The Fall of the House of Usher. Emma made her concert debut with Ensemble Volte in 2019. Through the young artist program Jonge Grote Zangers, she regularly performs as a recitalist throughout the Netherlands. Emma graduated from the Conservatorium van Amsterdam’s Master of Classical Music program in 2021 with high honours. While at the Conservatorium, she performed Servilia in La clemenza di Tito, Susanna in Le nozze di Figaro and Blanche de la Force in Dialogues des Carmélites.

She received the Holland Scholarship and the Talent Grant from the Amsterdamse Hogeschool voor de Kunsten. Emma was named as one of the 2021 Jeunes Ambassadeurs Lyriques of Théâtre Lyrichorégra 20. She is also a 2021-2022 recipient of the AIDA Fund and is grateful to the Jeunesses musicales du Canada for their generous support. An inquisitive and intuitive performer, Emma strives to deepen her craft through various somatic approaches, notably yoga and Alexander Technique. She is passionate about interdisciplinary collaborations, having studied the piano and the violin at the Conservatoire de Val-d’Or and having taken ballet lessons for over ten years.