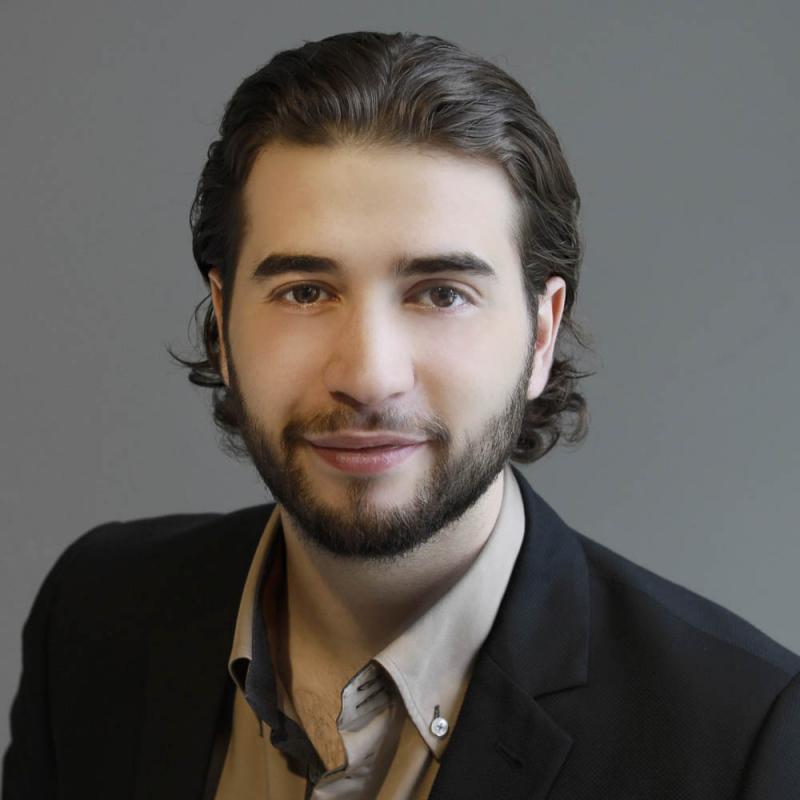 Angelo Moretti is a Canadian-Italian tenor, born and raised in Toronto, Ontario. With the support of his friends and family, Angelo started pursuing his passion for singing at the age of 11 years old. Angelo’s versatile voice led him to many opportunities and successes at a young age; this includes winning the hit national TV Show, “The Next Star: Supergroup” with his pop band in 2014. His love for classical singing and opera began in high school, while studying with soprano Cindy Townsend, a former student of the late Lois Marshall. He actively draws from his Italian roots and traditions to help influence his musical techniques and styles.

In 2020, Angelo graduated with honours from his Bachelor of Music Degree in Voice Performance at UofT’s faculty of music. This year, he completed his Master of Music degree in Opera Performance at the University of Toronto’s Opera School, where he studied in the studio of Dr. Darryl Edwards. His recent appearances include performing as Count Almaviva in UofT Opera’s first ever production of Rossini’s "Il Barbiere di Siviglia" and as Martin in Aaron Copland’s "The Tender Land", directed by Tim Albery. He has also had the privilege of working in masterclasses with the likes of mezzo-soprano, Susan Graham and tenors, Piotr Beczala and Lawrence Brownlee. Angelo spent this summer in Cape Breton, Nova Scotia singing the role of Lieutenant Thomas Selfridge in Dean Burry and Lorna Macdonald’s music drama “The Bells of Baddeck” and is extremely excited to be continuing his performing career as an artist-in-residence at Opéra de Montréal’s Atelier Lyrique starting in the fall of 2022.