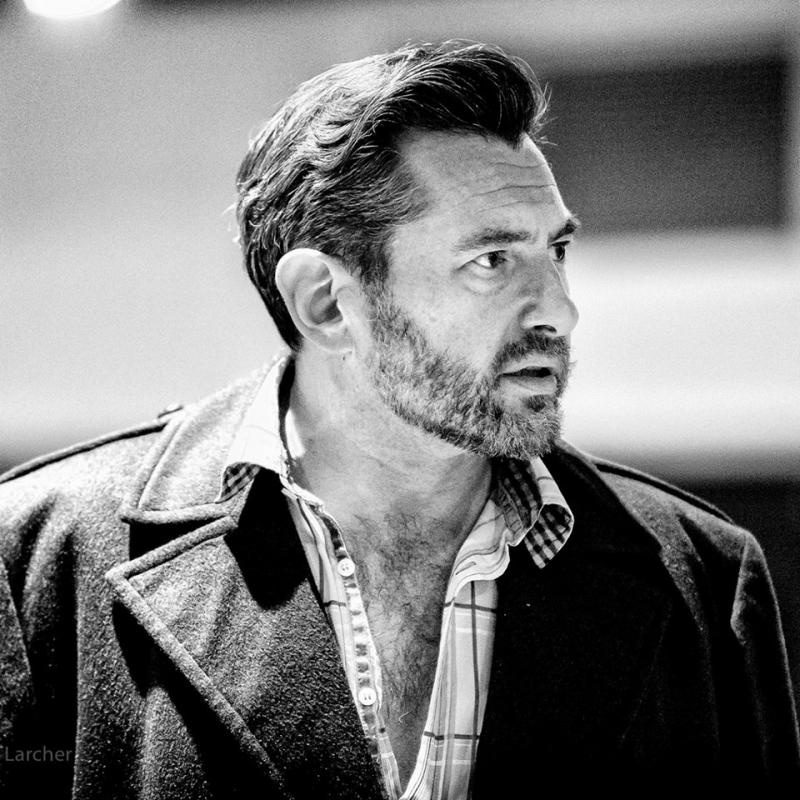 Brett Polegato's artistic sensibility has earned him the highest praise from audiences and critics: “his is a serious and seductive voice” says The Globe and Mail, and The New York Times has praised him for his “burnished, well-focused voice” which he uses with “considerable intelligence and nuance.” He appears regularly on the world's most distinguished stages including those of Lincoln Center, La Scala, the Concertgebouw, the Opéra National de Paris, Glyndebourne Festival Opera, the Lyric Opera of Chicago, Houston Grand Opera, the Teatro Real, Roy Thomson Hall, the Kennedy Center and Carnegie Hall, and has collaborated with conductors such as Yannick Nézet-Séguin, Daniele Gatti, Andris Nelsons, Bernard Haitink, Seiji Ozawa, Jeffrey Tate, Marc Minkowski, and Martyn Brabbins. He can be heard as soloist in the Grammy Awards’ Best Classical Recording of 2003 - Vaughan Williams’ A Sea Symphony (Telarc) with the Atlanta Symphony Orchestra under the baton of Robert Spano.

Brett's 2018/2019 season begins in Ireland where he makes his role debut as Dr. Joseph Talbot in the European premiere of William Bolcolm's new opera, Dinner At Eight for Wexford Festival Opera. In November, he makes a rare appearance in his native Toronto singing Albert in a concert performance of Massenet's Werther for Opera In Concert. After spending the holidays at home, he travels to Montreal for another debut: Howie Albert in the Canadian premiere of Terence Blanchard's Champion for the Opéra de Montréal. In March, Mr. Polegato returns to Ireland to sing one of his signature roles, Sharpless, in Puccini's Madama Butterfly for the Irish National Opera and then travels immediately to the United Kingdom to reprise Rodrigo in Verdi's Don Carlo for Grange Park Opera. He finishes an already impressive season in July, when he makes his Wigmore Hall recital debut with pianist, Iain Burnside.

Brett began his 2017/2018 season begins with a series of concerts in Toronto: in October, he sang Bruckner's Te Deum and Beethoven's Choral Fantasy with the Pax Christi Chorale and in November, returned to the Toronto Symphony Orchestra for more performances of Jeffrey Ryan's Afganistan: Requiem for a Generation. Handel's Messiah was the focus for December, when Mr. Polegato performed the work with the Calgary Philharmonic Orchestra, the Newfoundland Symphony Orchestra, the Tafelmusik Baroque Orchestra and Choir, and finally, Symphony Nova Scotia in Halifax. The beginning of 2018 found the popular baritone in a series of operatic roles, both old and new: in January, he celebrated 25 years with the Vancouver Opera, when he made his role debut as Belcore in L'Elisir d'Amore. He also celebrated 25 years with Pacific Opera Victoria with his performances of Marcello in La Bohème in February. In March, he travelled to Florida to sing Il Conte Almaviva in Le Nozze di Figaro and in April, performed Beethoven's Ninth Symphony with the Thunder Bay Symphony Orchestra. He finished his busy season in June with two debuts: Balstrode in concert peformances of Peter Grimes with the Vancouver Symphony, and the Celebrant in performances of Bernstein's Mass with the Orchestre National de Lille in France.

One of today’s most sought-after lyric baritones on the operatic stage, Brett has made a name for himself in a number of dramatic roles, most notably the title roles in Don Giovanni and Eugene Onegin, which his has sung at the Canadian Opera Company, the New Israeli Opera, Grange Park Opera and Vancouver Opera. In July of 2017, he made his role debut as Amfortas in Wagner's Parsifal under the baton of Yannick Nézet-Séguin, at the request of the maestro, for the Festival de Lanaudière. His critically acclaimed portrayal of Kurwenal in Tristan und Isolde has been seen most recently by the audiences of the Théatre des Champs-Élysées and the Opera di Roma with maestro Daniele Gatti, as well as the Opéra de Bordeaux, Wide Open Opera (Ireland) and the City of Birmingham Symphony Orchestra. In the fall of 2010, he journeyed to Moscow to sing the title role in Berg's Wozzeck at the prestigious Bolshoi Theatre in a production directed by Dmitri Tcherniakov and conducted by Teodor Currentzis. He has appeared frequently in the title role of Pelléas et Mélisande, including new productions at the Strasbourg’s Opéra National du Rhin, at the Leipzig Opera conducted by Marc Minkowski, and in Munich with Marcello Viotti. Pelléas was also the role which marked his Paris Opera debut in September of 2004. Another of his signature roles is Il Conte Almaviva in Mozart’s Le Nozze di Figaro, which his has sung to great acclaim for companies that include New York City Opera, L’Opéra de Montréal and Norwegian Opera in Oslo. He has appeared with the Chicago Lyric Opera, Houston Grand Opera, Seattle Opera, Opéra de Genève, Glyndebourne Festival Opera, Opéra National de Toulouse, Teatro Real in Madrid, Saito Kinen Festival, Florence’s Maggio Musicale, Vlaamse Opera, Canadian Opera Company, Vancouver Opera and Calgary Opera in over 50 roles, including Rodgrigo (Don Carlo), Ford (Falstaff), Zurga (Les Pêcheurs de Perles), Starbuck (Moby Dick), Lieutenant Audebert (Silent Night), Oreste (Iphigénie en Tauride), Yeletsky (Pique Dame), Frank/Fritz (Die tote Stadt), Sharpless (Madama Butterfly), and Marcello (La bohème).

Equally at ease on the concert and recital stages, Mr. Polegato made his Carnegie Hall recital debut at Weill Recital Hall in May 2003 with pianist, Warren Jones. He returned the following year with the Atlanta Symphony to reprise their Grammy Award winning performance of A Sea Symphony, and again in 2012, as soloist in Walton's Belshazzar's Feast. He is a frequent guest artist with the Atlanta Symphony Orchestra, and has appeared with most every major U.S. and Canadian orchestra. In 2012, he garnered critical acclaim as soloist in Zemlinsky's Lyrische Symphonie with conductor, Yannick Nézet-Séguin, and for his interpretation of the title role in Mendelssohn's Elijah for the Elora Festival. In 2005, he made his highly-acclaimed debut with the Cleveland Orchestra, in a programme which included Vaughan Williams’ Five Mystical Songs and Fauré’s Requiem. He has appeared as soloist with Leonard Slatkin and the National Symphony Orchestra in Walton’s Belshazzar’s Feast at Wolf Trap, the Chicago Symphony in the U.S. premiere of Saariaho’s Cinq Reflets, the Boston Symphony Orchestra in Mahler orchestral lieder, the Rotterdam Philharmonic Orchestra under the baton of Yannick Nézet-Séguin, the Toronto Symphony in Beethoven’s Ninth Symphony and Mahler’s Des Knaben Wunderhorn, and the Calgary Philharmonic in John Adams' The Wound Dresser. In 2002, he returned to the London BBC Proms for a concert performance of Ravel’s L’heure espagnole with Gianandrea Noseda conducting, and rejoined the National Symphony Orchestra at the Kennedy Center for Brahms’ Ein Deutsches Requiem. He has performed Handel's Messiah with the Toronto Symphony and Sir Andrew Davis, and with the Handel & Haydn Society under Andrew Parrott. As a recitalist, Mr. Polegato appears frequently throughout North America and Europe, and is particularly noted for his programming choices and wide range of repertoire.

Polegato's discography shifts as seamlessly through genres as his live appearances. In addition to the Vaughan Williams' A Sea Symphony, his recordings include the Vaughan Williams' Dona Nobis Pacem (ASO Media), Ben Moore's Ode To A Nightingale (Delos), his critically praised solo disc, To A Poet, with pianist Iain Burnside (CBC Records) and a live period-instrument performance of Messiah with the Handel & Haydn Society (Arabesque Recordings). With the Tafelmusik Baroque Orchestra he has recorded Bach's Coffee and Peasant Cantatas (Analekta-Fleur de Lys) and, most recently, Handel's Messiah. In March 2000, CBC Records released a disc entitled Opera Encores that joined him with the Canadian Opera Company Orchestra led by Richard Bradshaw. His opera recordings include Emmerich Kálmán's Die Herzogin von Chicago (Decca) with the Berlin Radio Symphony Orchestra, and Gluck's Armide with Les Musiciens du Louvre (Deutsche Grammophon's Archiv label).

He finished first among the men at the 1995 Cardiff Singer of the World Competition. Mr. Polegato is represented exclusively by Simon Goldstone at Rayfield Allied.